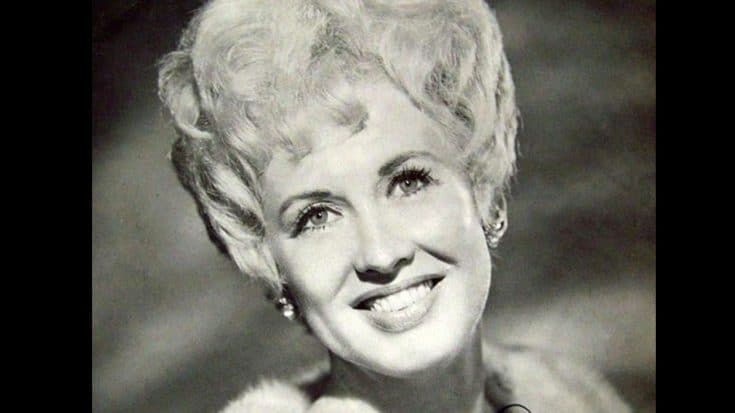 As a pioneer in both the country and rock genres, the news of Bonnie Lou’s death is a devastating loss for many. Known for her yodeling, rockabilly sound, radio show and television performances, Bonnie Lou will always remain an important part of music history.

Her husband, Milton Okum, said that she died in a Cincinnati nursing home early Tuesday. Bonnie Lou was 91-years old. No cause of death was announced.

Born Mary Joan Kath on October 27, 1924, she grew up playing guitar and violin in her hometown of Towanda, Illinois. By 16 she was singing on radio programs throughout the Midwest, and was signed to play on a dance show called Brush Creek Follies just a year later.

She was one of the original Midwestern Hayride performers. The country and western radio program led to several appearances that Bonnie Lou made on the Grand Ole Opry. Through much of the 1940’s Bonne Lou was a popular radio performer, and in the 1950’s she was finally signed with record companies as a country singer.

Bonnie Lou had Top 10 country hits with “Tennessee Wig Walk” and “Seven Lonely Days” (featured below). Each of the records sold about 750,000 copies. But she didn’t stop there!

She later began recording rockabilly and rock n’ roll where she found success with her first record Daddy-O, which rose to #14 on the Billboard chart. She was inducted to the Rockabilly Hall of Fame years later.

Bonnie Lou hosted a number of television shows including the Paul Dixon Show, a televised version of Midwestern Hayride, and Six Star Ranch. She continued to perform on occasion into her 80s.

Bonnie Lou was married to Glenn Ewins from 1945 until his death in a car accident in 1964. They had a daughter, Constance. She married her second husband, Okum, a furniture store owner and magician, in 1966.

According to her obituary, earlier this year, Bonnie Lou was honored by her Illinois hometown, which adopted a resolution honoring “the talent and remarkable achievements of the hometown girl who grew up to be a star”.

She will truly be missed.

Our thoughts are prayers are with her family. Rest in peace Bonnie Lou.