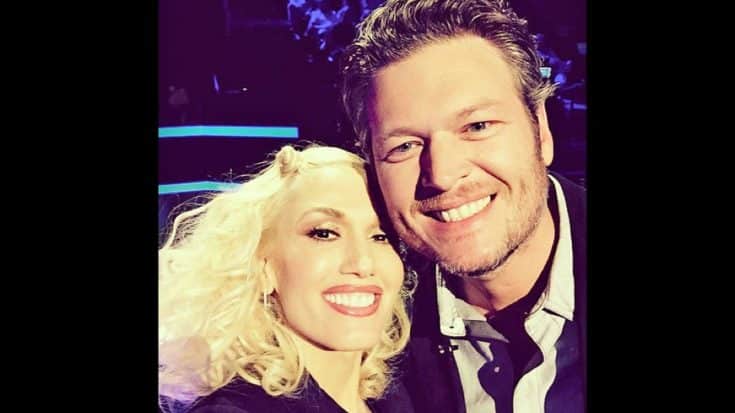 Blake Shelton and Gwen Stefani are not holding back on the PDA. While out in Los Angeles after the December 8th episode of NBC’s ‘The Voice’, the couple enjoyed a double date at Casa Vega Mexican restaurant in Studio City, California.

E! News shared exclusive photos of the couple enjoying their night together with friends, and it seems they were unable to keep their hands off each other. Shelton even snagged a couple kisses from his new flame!

The next day Stefani posted a ‘goodmorning’ selfie to to her Facebook page. Tell us if the camo ball cap she is wearing looks familiar.

That’s right! The hat that Stefani is sporting appears to be the exact same hat Shelton is wearing in the E! News photos. Or maybe they just happen to own the same camo ball cap…

An insider told E! News, “He was square dancing to amuse the group, and Gwen joined in for a bit, too.” Sounds like Stefani has officially ‘gone country’!

We can’t say we’re surprised to see them out and about enjoying their new relationship. The two seem incredibly happy coaching next to each other on ‘The Voice’, and we doubt this is the last we see from the duo!

You can view the images here and while you’re at it, check out their cuter-than-ever duet on The Tonight Show with Jimmy Fallon below.