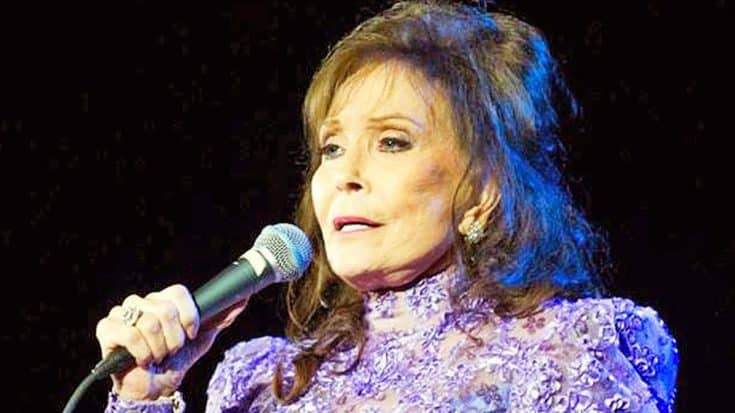 At age 83, Loretta Lynn shows no signs of slowing down. Recently, Lynn announced her plans to release her first studio album in 10 years, called Full Circle, on March 2, 2016.

After being active in the country music industry for 55 years, Lynn has wrote over 200 songs, released over 55 albums, and has received countless awards.

In a recent interview with Billboard, Lynn reflects on the success of her career, and when asked if she’s ever thought about retiring, she has the perfect response:

“Naw. When they lay me down six feet under, [then] they can say, ‘Loretta’s quit singing.’ I’ll have on one of my gowns. That’s morbid, but it’s the truth.”

Lynn says she thinks she’s been able to maintain an active career because of the way she’s lived her life.

“I’m still hitting that road and doing as much as I always did,” she says. “I never drank, I never smoked. I always took care of myself like that. I’ve been singing for a long time. And I haven’t quit.”

Looking back on her career, Lynn says she knows she has nothing to worry about when it comes to what’s in store for the rest of her life.

With all of Lynn’s accomplishments, we would certainly say so!

You can watch one of Lynn’s incredible live performances of her signature song “Coal Miner’s Daughter” in the video below.

We wish Lynn many more years of happiness and success in country music!