Dolly Parton To Open Up Childhood Home To One Lucky Fan 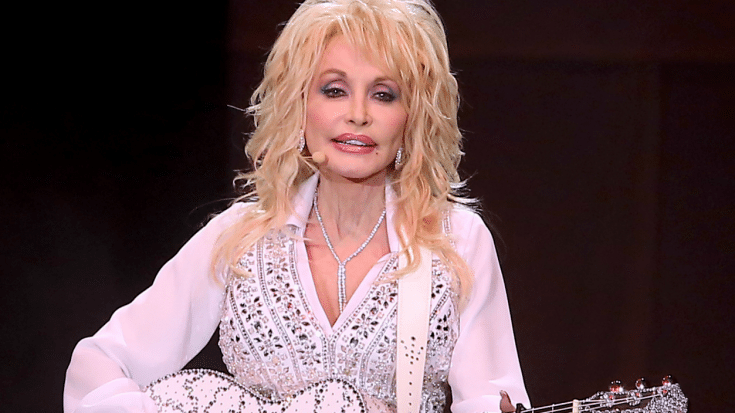 Dolly Parton is one of the most beloved singers to ever grace the country music stage. Her larger than life persona and unmatched talent has converted even the most stubborn of anti-country music fans.

A vital part of Dolly Parton’s success is her rags to riches story. Born in a rural Appalachian town in Tennessee, Dolly’s childhood was dark but provided memories that the singer has drawn on throughout the course of her career. Most of those memories took place in the tiny Tennessee mountain cabin that Dolly was born and raised in. It was also the cabin in which her mother sewed the infamous “Coat of Many Colors.” While a replica of the tiny cabin has been erected at Dolly’s namesake theme park, Dollywood, she has never opened the original cabin to guests…until now.

In celebration of NBC’s made-for-tv movie about Dolly’s signature song, “Dolly Parton’s Coat of Many Colors,” the star is inviting everyone to enter for a chance to win a tour of the Tennessee Mountain Home that she grew up in.

In 2010, Dolly told interior designer Nate Berkus that she had hired her brother to restore the cabin to look the way it looked when they were kids. “I spent a couple million dollars making it look like I spent $50 on it,” Dolly said. “Even like in the bathroom, I made the bathroom so it looked like an outdoor toilet.”

To enter the “Coat of Many Colors” Sweepstakes, visit http://movies.dollyparton.com

“Dolly Parton’s Coat of Many Colors” premieres Thursday, Dec. 10 at 9 p.m. EST / 8 p.m. CST and is the first of several primetime specials inspired by a series of events Parton endured when she was growing up in the Great Smoky Mountains of East Tennessee.

Check out the trailer for the much-anticipated film below.