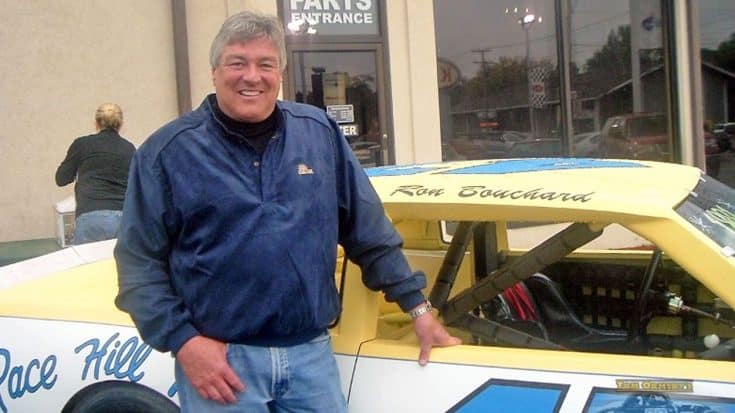 NASCAR made a statement on Thursday regarding the sad news, “Ron Bouchard’s passion for racing was evident from his very early years in NASCAR. Competition fueled Ron, whether racing modifieds at short tracks across the Northeast or winning rookie of the year honors in NASCAR’s premier series. He loved this sport, and made an indelible mark on it, one that won’t soon be forgotten.”

A family friend and close pal of my fathers Ron Bouchard passed away today. My thoughts and prayers go to his family.

Bouchard began racing in 1963 in Massachusetts, becoming a major star in New England, winning championships in late model and modified divisions. As a standout Modified driver, Bouchard won track championships at Stafford Springs, Thompson and Seekonk speedways before moving up to what was then known as NASCAR’s Grand National division.

He made 160 starts at NASCAR’s top level, finishing a career-best eighth in points in 1982. In addition to his one win, Bouchard scored 19 top-five and 60 top-10 finishes.

After leaving NASCAR, Bouchard returned to New England, where he owned and operated auto dealerships.

Our thoughts and prayers are with his family during this difficult time.

Below is a clip of the 1981 Talladega 500 finish which resulted in Bouchard’s win. May he rest in peace.