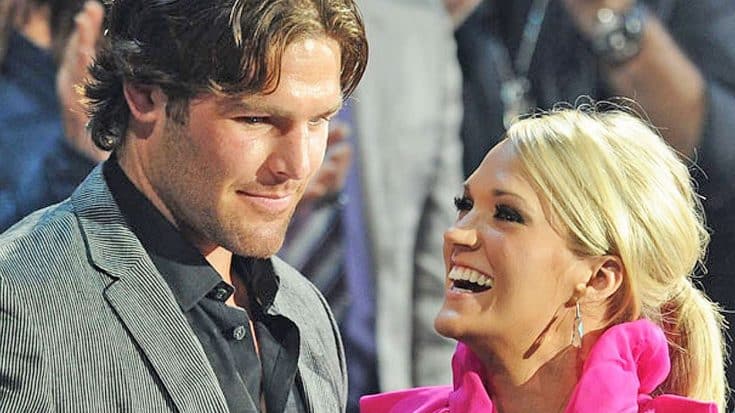 Carrie Underwood is one supportive wife!

Her husband, Nashville Predator’s Mike Fisher, hasn’t been skating since his knee/leg injury in a game against the Arizona Coyotes on December 1st.

Even though her hubby is not on the ice, she still shows her support for his team!

On December 10th, the Predators beat the Chicago Blackhawks 5-1, and Underwood tweeted her support.

While she is excited Fisher’s team beat the reigning Stanley Cup champions, she can’t wait until he’s back on the ice! And neither can we!

Nicely done tonight, @PredsNHL Lookin’ good! Can’t wait ’till the hubby is back at it! #bringit #hockey #sexyhubby https://t.co/N3JYAwzsNY

Do y’all remember his crazy fight a few weeks ago?! In an interview with James Corden on “The Late Late Show”, Underwood admitted she thought it was “hot”!

Watch the married couple of almost six years share the ice below.