Priscilla Presley Reveals The One Moment She Would Relive 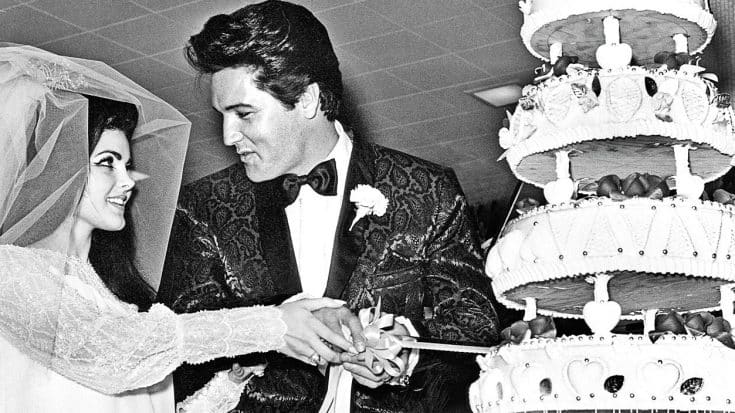 Although Elvis and Priscilla Presley‘s marriage ended in divorce on October 9, 1973, the two remained friends until Elvis’ death in 1977. Since he passed away, Priscilla has worked to keep his legacy alive, co-founding Elvis Presley Enterprises and turning his Graceland mansion into a tourist attraction.

Now, almost 40 years after Elvis’ death, Priscilla often reminisces on the time they spent together.

“We had some great times…we had some wonderful times,” she says in a interview with HuffPost Live.

Despite her marriage’s less-than-happy ending, Priscilla recently revealed in an interview with Good Morning Britain that if she could pick one moment from her life to relive, it would be her 1967 wedding to Elvis. “It wasn’t a fanfare, it was all arranged where it was very private,” she says. “It wasn’t like it is today where everyone has the biggest, the best, the most expensive wedding.”

For a big star such as Elvis, his wedding to Priscilla was more low-key than you’d expect. Although their May 1 wedding at the Aladdin Hotel in Las Vegas was highly publicized, the ceremony was small, and lasted only eight minutes. Afterwards, there was a short press conference and a breakfast reception, which was attended by Elvis and Priscilla’s closest friends, family, and business associates.

“It was really a nice wedding,” Priscilla says, fondly remembering the day.

You can also look back on Elvis and Priscilla’s wedding in the photo slideshow below, which features both black and white and color photos from that day.

We can’t blame Priscilla for wanting to relive her wedding day, because it seemed like a truly glamorous event!