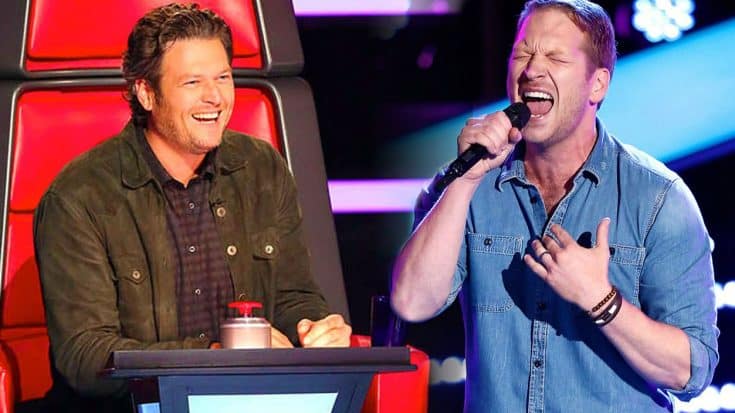 The Voice contestants are set to duet with some of music’s biggest legends, and their names have just been revealed!

Baber and Roberts have definitely shown how versatile and powerful their voices are, battling to keep their spot on Team Blake. Their performances should showcase their talent alongside classics, and display just how much they deserve to still be in the competition.

Ricky Skaggs is set to join Emily Ann, singing “Country Boy“, while Barrett will pair with Wynonna Judd to sing, “No One Else On Earth“.

Emily Ann and Ricky Skaggs versus Barrett Baber and Wynonna Judd?? The anticipation is killing us. What an amazing pairing of modern and classic country voices. We’ll have to tune in to see how the epic duets pan out!

Gwen Stefani’s remaining finalist, Jeffrey Austin, will team up with Tori Kelley to sing “Hollow”, while Adam Levine’s team member, Jordan Smith, will sing “Without You” joined by Usher.

Check out the final installment of outtakes from season 9, and see how much these singers deserve a chance at becoming, “The Voice.“