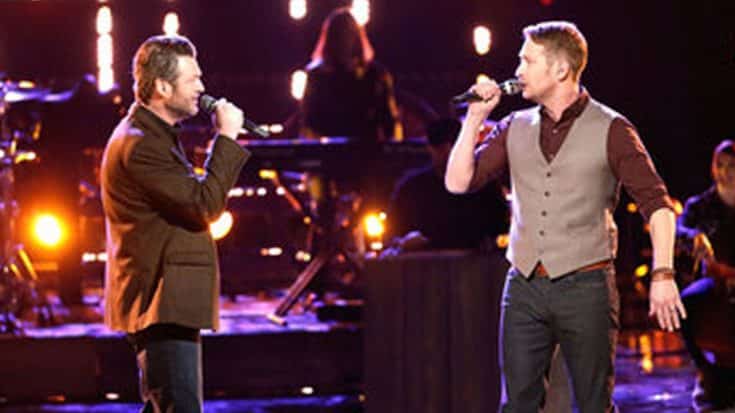 Arkansas native, Barrett Baber, is one of four contestants vying for the title of ‘The Voice’ Season 9 champ. Tonight during the Grand Finals, Baber was joined by his coach, Blake Shelton, for a cover of Glen Campbell’s ‘Rhinestone Cowboy.’

Campbell, also an Arkansas native, made ‘Rhinestone Cowboy’ popular with country and pop audiences in 1975, and it eventually made its way to the top of the charts, garnered multiple awards, and became Campbell’s signature song.

Barrett Baber was thrilled with the decision to perform Campbell’s hit and said as much to his coach during rehearsals.

“Man, it’s exciting to give a tribute to a guy like Glen Campbell, a pioneer from Arkansas,” Baber said. “It’s the perfect song.”

Listen to Barrett Baber and Blake Shelton honor Glen Campbell with their cover of ‘Rhinestone Cowboy’ in the video below.