ACM Host Steps Down. Who Will Take His Place?

By Jennifer Pernicano on December 15, 2015
Advertisement 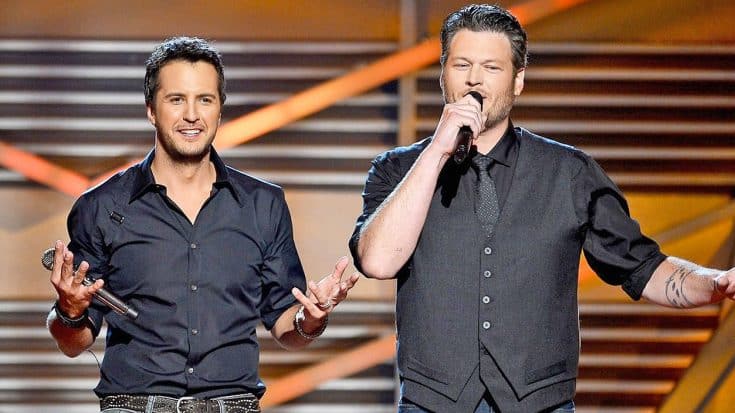 Yesterday, Luke Bryan unveiled an exclusive video that he was in need of a new co-host for the 51st Annual ACM Awards.

It was a sneaky video, though! He didn’t actually announce who was taking Blake Shelton’s place!! In the video, Luke knows he wants someone who,”loves country music, somebody that I’m better looking than, kinda like last year.“

Blake apologized on Twitter for stepping down as co-host in true Blake Shelton fashion, by telling Luke not to screw it up!

Hey @LukeBryanOnline, sorry I can’t join you to host the @ACMawards this year. Don’t screw it up!

We had a theory that the mystery man was Dierks Bentley because we saw his dog, Jake, the bartender’s voice sounded just like him, and they referenced his song “Tip That On Back”.

In a new video posted by Luke Bryan himself on Facebook, he reveals the entire video and our hunch was correct!

Luke looks up and sees a man who looks an awful lot like Dierks Bentley, drinking a beer in a pilot’s uniform, referencing his song “Drunk on a Plane.”

Luke says to himself, “How hard can this be? I got a lot of friends. I know a lot of people, I just need to look for a sign. I’ll know it when I see it.” Dierks then walks into the bar, and Luke has an epiphany! They should host the show together!

He also announces when the show will be. Mark your calendars for Sunday, April 3rd, 2016! The show will be broadcasted live from the MGM Grand Garden Arena in Las Vegas.

Watch the hilarious reveal below.