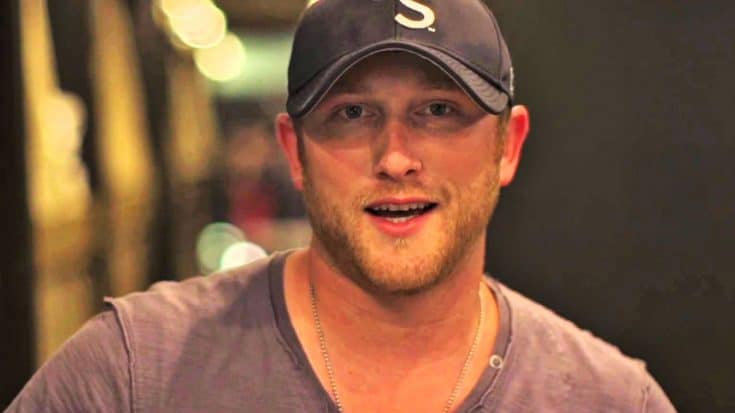 Following the release of his latest single, the country star shares extremely heartfelt moments from fans on Twitter…

Cole Swindell made his formal music debut in 2014 with his self-titled album and had two singles soar to the top of the charts and nail the No. 1 position.

Swindell’s second single in 2015, “You Should Be Here”, received vast amounts of acclaim from fans worldwide and has amassed a huge amount of attention specifically via social media.

The 32-year-old’s latest single was jointly written by Swindell and Ashley Gorley about mourning the loss of someone who should be there for important moments in one’s life. Unfortunately, that feeling is all too familiar to Swindell since he lost his father unexpectedly in 2013; just months before his debut album launched.

Now, Swindell is spreading the word of others as he re-tweets posts from fans about how they’ve lost someone close. Many of them will tear at your heartstrings and it’s clear how universal the concept Swindell sings about truly is. As you can tell, Swindell’s tune touches the hearts of many people around the world. This is what makes him such a great artist.

Swindell has been writing music for a very long time. He signed a publishing deal with Sony/ATV Music Publishing in 2010 and has penned a significant number of hits for both himself and other artists like Craig Campbell, Luke Bryan, Thomas Rhett, Scotty McCreery, Florida Georgia Line, and Chris Young.

Check out Swindell’s beautiful tribute to lost loved ones in the video below.