Miranda Lambert Opens Up About Her Weight Loss

By Miranda Raye on December 15, 2015
Advertisement 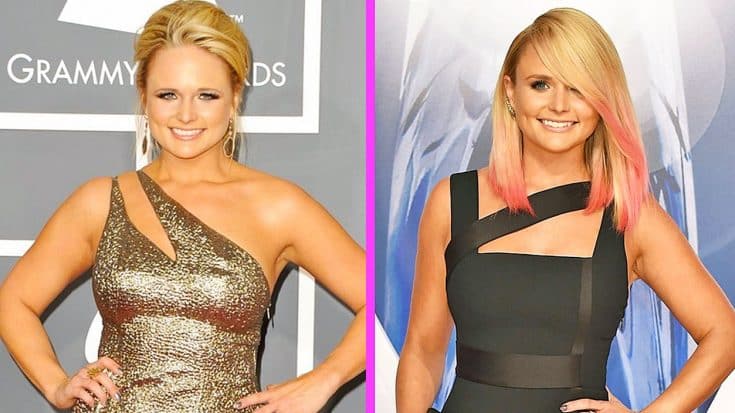 It seems that Blake Shelton isn’t the only one to sport a slimmer figure since his divorce to Miranda Lambert. As it turns out, Lambert and Shelton have both lost some weight since their divorce in July.

While Shelton has been open about his “divorce diet” that contributed to his weight loss, Lambert wishes that people would talk about something besides her weight.

When Miranda lost some weight prior to the CMA Awards in 2014, she said that her weight loss was the only thing people wanted to talk about.

“I was disappointed in people,” she says in an interview for the January 2016 cover story of Cosmopolitan. “I shouldn’t have been surprised, but I was like, I have the same music, and you’re only talking about me now because I lost weight.”

Lambert says that all of the chatter about her weight loss bothers her, and makes it seem like people thought she was “morbidly obese” before.

“I almost always wore a size 8,” she says. “But everybody acted like I was morbidly obese. You go to Nordstrom and you look for an 8, and they’re gone. Guess why. Because everybody’s a size 8.”

Lambert’s frustration towards comments on her weight isn’t a new thing. Last December, she spoke to Marie Claire about how much it aggravates her when her weight is all that people focus on:

“I’m just like anybody else, insecure and scared of looking bad or being criticized. But everybody’s making this big, giant thing about it. It’s way too much focus on women’s bikini photos, and I hate it. Why do we care? I want women to love themselves whatever they’ve got going on.”

Lambert gives credit to her intense touring schedule for her recent weight loss, but also admits that she has been paying closer attention to what she eats. Still, she wants to reassure everyone that she makes sure to treat herself every now and then.

“I live big and happy,” she says. “I go out with friends all the time. I love to drink and eat and enjoy things. It’s important to me. I want to be healthy and fit, but it shouldn’t be that big of a damn deal.”

We think Lambert always looks great, and that she shouldn’t have anything to worry about!

What do you think of what Lambert had to say?