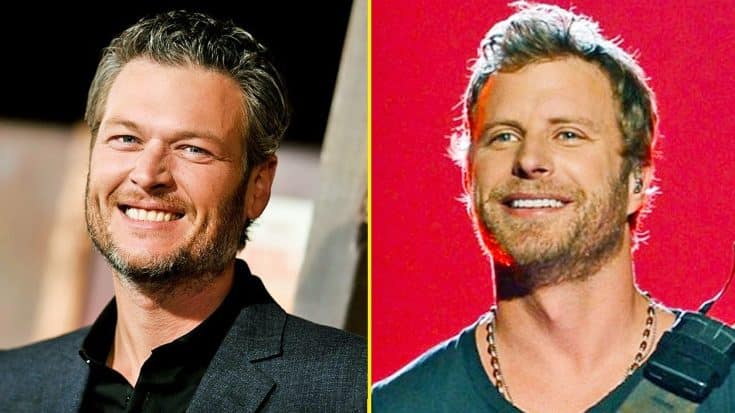 When Luke Bryan learned that Blake Shelton would not be returning to help him co-host the ACM Awards on April 3rd, 2016, he was desperate to find a new co-host.

Bryan first announced that Shelton would be stepping down as co-host through a video posted to social media on Monday (Dec. 14). The video raised our suspicions that Bryan’s new co-host may be Dierks Bentley, since we noticed a dog that looked a lot like Bentley’s furry friend, Jake, in the corner of the bar, and the unseen bartender referenced Bentley’s song “Tip It On Back.”

Hey @LukeBryanOnline, sorry I can’t join you to host the @ACMawards this year. Don’t screw it up!

In another video posted on Tuesday (Dec. 15), Bryan revealed that our suspicions were correct, Bentley is his new ACM Awards co-host!

Once again, Shelton took to Twitter to respond to the latest announcement, this time congratulating Bentley on his new role. As to be expected, Shelton couldn’t help but poke a little fun at the guy who took over his co-hosting duties.

Hey @DierksBentley congrats on co-hosting the @ACMawards! You’ve got 3 months to learn how to read. You’ll be great!

We have no doubts that Bentley will do just fine as Bryan’s ACM Awards co-host. If the “reveal” video that Bryan posted is any indication of how him and Bentley will interact with one another, we have a feeling that the 2016’s ACM‘s will be hysterical!

Tune in below to watch the video that revealed Bentley is Bryan’s new ACM Awards co-host for 2016.