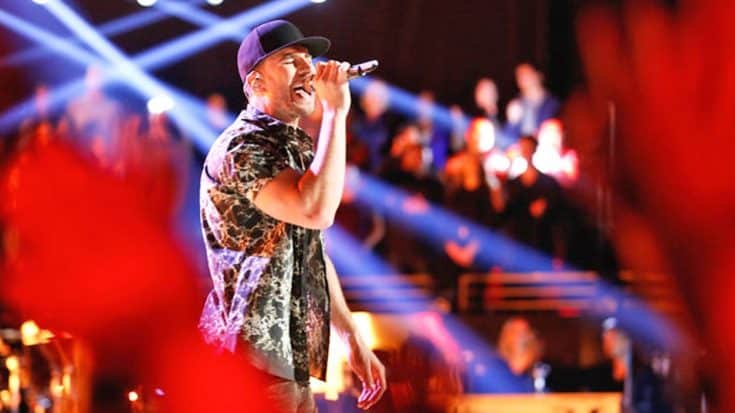 The season 9 finale of NBC’s ‘The Voice’ was full of excitement!

The votes had already been cast, and the contestants performed alongside some of the biggest names in music. The two hour special featured special performances from Coldplay, The Weeknd, Missy Elliot, Justin Bieber, and country music’s own Sam Hunt.

Some other familiar country favorites also joined in on the finale. Wynonna Judd sang alongside Team Blake’s Barrett Baber, and the Ricky Skaggs performed a duet with second runner up, Emily Ann Roberts.

Hunt was the only country star who performed solo, singing his hit single “Break Up in a Small Town”. The 2015 song was released off of Hunt’s debut album Montevallo, and was released as the fourth single. The album is also responsible for Hunt’s two Grammy nominations: New Artist of the Year category, and Best Country Album.

His performance on ‘The Voice’ finale was explosive. With a fiery backdrop, he took the stage by storm, with the type of energy that you would expect from a new artist. He is certainly on the fast track to success!