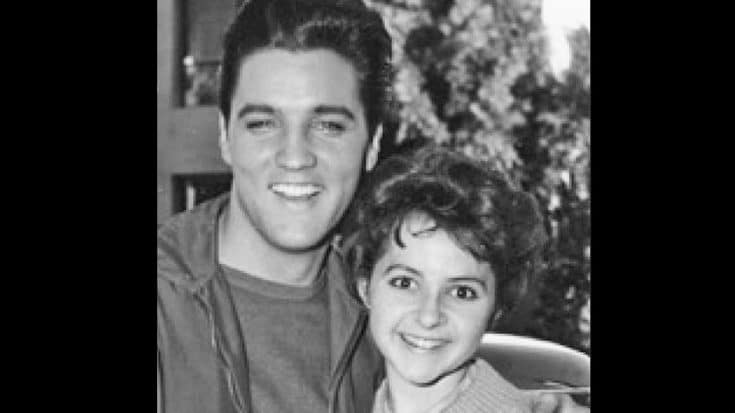 Early in Brenda Lee‘s career, Elvis Presley gave her a special gift that she has treasured for nearly 60 years. Even after all of this time, the gift remains one of her favorites.

Shortly after Brenda and Elvis met for the first time at the Ryman Auditorium for her Grand Ole Opry debut in 1957, the two struck up a close friendship. Later in the decade, Elvis gave Brenda a “TLC” necklace, standing for “Tender Loving Care,” which was a special gift he gave to only his closest female friends. Elvis would also hand out “TCB” necklaces to his closest male friends, with the initials “TCB” standing for “Taking Care of Business.”

Brenda chose to display her “TLC” necklace in a frame along with a picture of her and Elvis that was taken on the night of her Opry debut when she was just 13 years old.

“I was an Elvis fan of course, we all were,” Brenda says in an interview with The Tennessean, as she fondly reflects on their first meeting. “He was a part of the fabric of our lives.”

The necklace carries a lot of meaning for Brenda, since her and Elvis remained close up until his death in 1977. She says that she admired him the most for how loyal he was to the important people in his life.

“He never lost that Southern, genteel, gentlemanly persona,” Brenda says. “I loved that about him. He was that way to the end.”

You can watch Brenda’s full interview about Elvis’ special gift to her in the video below.

It’s no wonder Elvis gave Brenda a “TLC” necklace, because she is such a sweetheart!