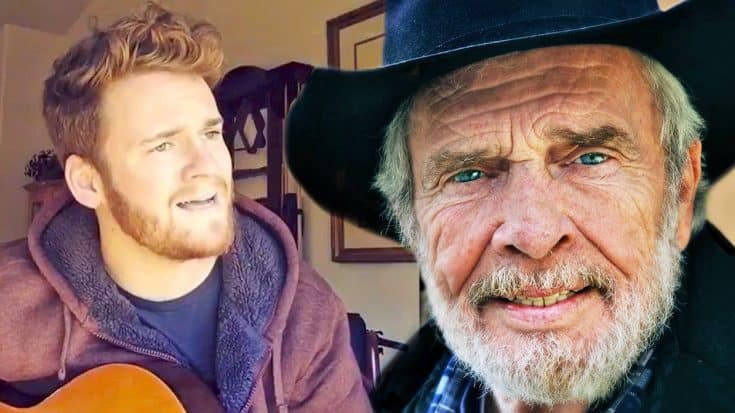 Merle Haggard‘s youngest son, Ben, may have just turned 23, but he’s been showing off his musical talents for the past eight years.

Ben has been following in his father’s legendary footsteps, with hopes of becoming a country music singer. In addition to his talents as a vocalist, Ben is an extremely successful guitarist, and tours as the lead guitarist for his father’s band The Strangers.

Over the years, Ben has also covered many of his father’s greatest songs and shared his performances online with his fans.

One of Ben’s most-viewed videos on his YouTube channel is his version of his father’s song “Leaving’s Not The Only Way To Go,” which he covered in 2010. Even at the young age of 18, it was clear that Ben had the natural talent to make himself a big country music star.

Now, after years of covering his father’s songs, Ben posted a short video to his Facebook performing a song that we don’t recognize.

He captioned the video “Just a tease,” making us wonder if the song is original, and if that means Ben may be releasing his own music sometime soon. We sure hope so!

You can listen to Ben’s short teaser performance in the video below.

What do you think? Would you like to see some original material from Ben in the future?