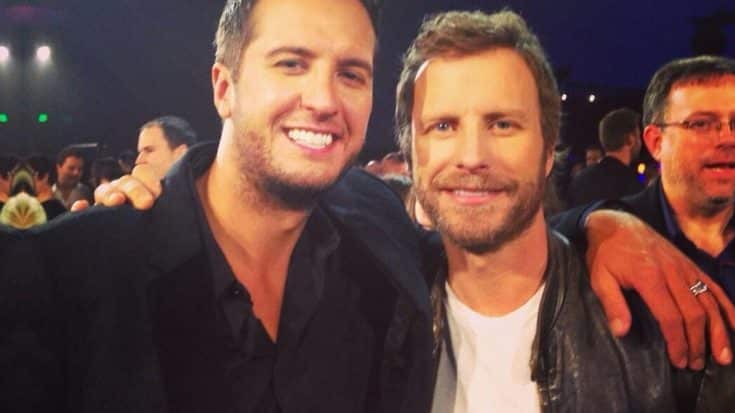 With Blake Shelton handing over the reigns, the newest ACM host reveals how he thinks it will go…

Over the last few days, Luke Bryan‘s buddy, Dierks Bentley has been confirmed as the new co-host for the ACM Awards and the duo made an official announcement on December 15th.

While making the announcement, these two country crooners posted a hilarious video detailing the final struggles of Luke’s desperate search for a suitable co-host.

In a recent press release, Bentley confirmed the gig, saying, “I’m excited to announce that I’ll be joining my friend Luke Bryan to co-host the the 51st ACM Awards on Sunday, April 3, 2016,”

Following Shelton’s announcement that he was departing, a new host was sought to accompany Luke for the first time in nearly four years.

Once the announcement was made to confirm Bentley’s spot, Shelton tweeted some well-wishing to the fellow country star.

Hey @DierksBentley congrats on co-hosting the @ACMawards! You’ve got 3 months to learn how to read. You’ll be great!

Through the joint-announcement, Luke added his thoughts about Bentley to the mix.

“When we found ourselves searching for a new co-host I didn’t have to look much further than my own circle of friends, so Dierks was a natural choice. We have a lot of fun together and I know the fans will be in for something special.”

“I think everyone knows Luke is the guy you call when you want to have a good time. If we have half as much fun hosting together as we do backstage, it’s going to be a great night.”

It’s great that Luke finally found a new co-host for one of the biggest nights in country music and we think these two will be a great pair!

Check out their announcement video below!

I’m excited to announce that I’ll be joining my friend Luke Bryan to co-host the the 51st ACM – Academy of Country Music Awards on Sunday, April 3, 2016!