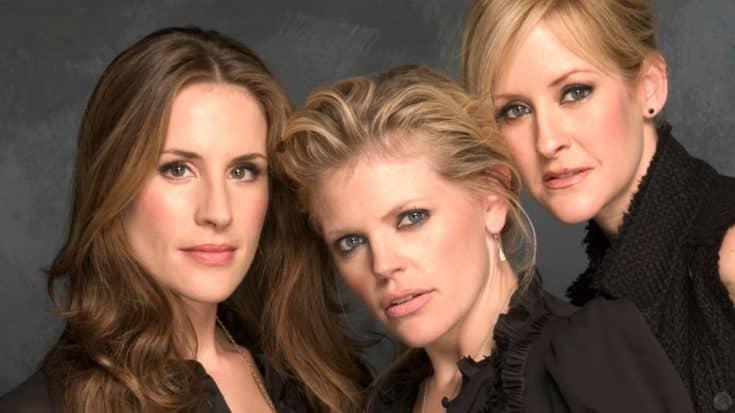 It’s been more than twelve years since the Dixie Chicks found themselves on the receiving end of intense criticism and a radio ban following a statement made against then-President George W. Bush.

Regardless of your political stance and whether or not you agree with the comments made by Natalie Maines in 2003, there’s no denying that the Dixie Chicks know how to produce great music. They’ve sold more than 30 million albums to prove it! From songs like ‘Ready To Run’ and ‘Goodbye, Earl’, the Chicks have not only delivered amazing tunes, but dynamite music videos to boot.

In 2002, the all-female band recorded ‘Top of the World’, a Patty Griffin-penned song that tells an intense and emotional story about a life full of regret.

Last week, the Dixie Chicks released the music video for ‘Top of the World’ on YouTube. While it has been hanging out on Vimeo for awhile, it is the first time YouTube viewers have the chance to watch the heart-wrenching video. The song itself was released to radio in 2003, but failed to chart. However, the song meant enough to the Chicks that they named their 2003 tour after it, and the live recording of the song would go on to win the 2005 Grammy Award for Best Country Performance by a Duo or Group with Vocal.

Check out the Dixie Chicks’ video for ‘Top of the World’ below, and prepare to be moved.