By Jennifer Pernicano on December 28, 2015
Advertisement 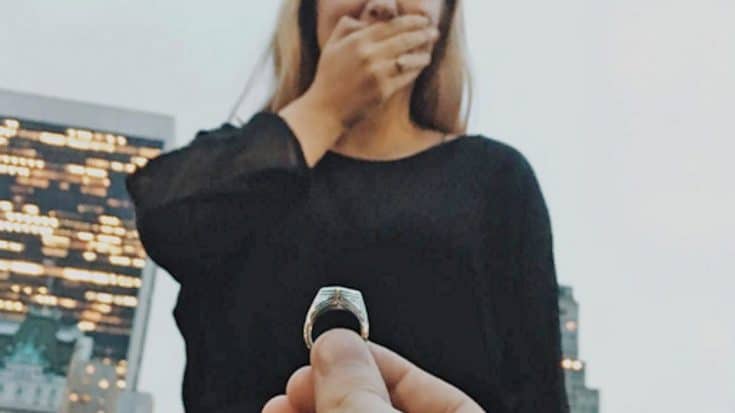 Congratulations are in order!

The 20-year-old Duck Dynasty star got down on one knee and asked his lady love for her hand in marriage in New York City’s Central Park with a family heirloom diamond.

“I couldn’t be more excited to marry this amazing woman,” Reed wrote on his Instagram. “My fiancé is a babe in every way.”

I couldn't be more excited to marry this amazing woman. My fiancé is a babe in every way.

Brighton announced the engagement with a few Instagram posts saying, “This is my fiancé Reed, he told me he loves me so much he’s giving me his last name. And I said YES!“

December 22nd, 2015 is my favorite day. I don't think I could ask for a better way to start the rest of our lives together.

YAYYYYYYYY ANOTHER WEDDING IN THE FAM WITH ANOTHER ONE OF MY BEST FRIENDS AHHHHHH!!! I love you B! you are going to be a beautiful bride. I can't wait for this incredible journey!! MERRY CHRISTMAS???❤️ 12.25.15 -S

Reed and Brighton designed the ring together, but she didn’t see the final product until he proposed.