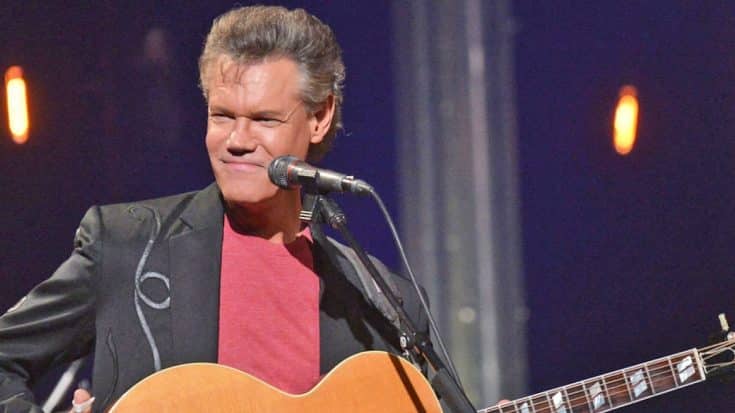 It isn’t every day you receive a handwritten letter from a country music icon.

But when Tony VerHey took his daily trip the mailbox and discovered a letter from Randy Travis, he was in awe.

According to Michigan Live, the letter was handwritten by Travis’ wife, Mary, but signed by them both. The couple had read about Tony’s wife Cathy, who was diagnosed with ALS in early 2015. They were particularly moved by the fact that the VerHey’s had recently danced to Travis’ “Forever and Ever, Amen” at their daughters wedding.

Ashley VerHey, the couple’s daughter, described the scene: “Everybody was bawling their eyes out. Even the D.J. was crying. It was painful. But it was beautiful.”

The song means a lot to the couple who danced to “Forever and Ever, Amen” at their 1988 wedding.

In the letter, written on the couple’s personalized stationary, Mary Travis wrote:

Through the worldly interest, we learned of your story, both bitter and beautiful. As we read the inspiring article by Julie Mack in the Kalamazoo Gazette paper about your 2015 journey, we ran across the wedding story and Cathy’s dance with Tony to ‘Forever and Ever, Amen.’ We both cried.

Just as RT touched your lives, you have touched ours. God just has a way of working His magic in an intricate direction. We will keep your in our prayers as we understand the daily struggles since his stroke in 2013! Cathy, you are an Angel and an inspiration. And the family … determined and Saints!

Thank you for including RT!

The VerHeys have been fans of Travis for years. He is their favorite recording artist, and they were overjoyed to find a letter from him in their Michigan mailbox.

“To take the time for a handwritten letter, that really awed me.” Cathy said.

We are also in awe of the beautiful letter Mary and Randy took the time to write for this special couple. Watch the official music video for “Forever and Ever, Amen” below.