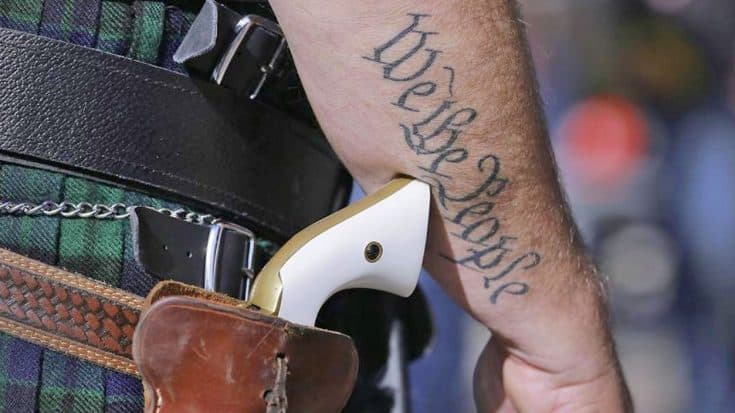 Effective January 1, 2016, licensed, Texas gun owners will be allowed to carry their pistols in plain sight.

A law signed by Governor Greg Abbott earlier this year will make Texas the most populated state in the U.S. to allow “open carry.”

Currently Texas gun-owners are allowed to carry concealed weapons, but the new law will allow them to carry handguns openly, in belt or shoulder holsters.

For many, this new law is an exciting step into the future. According to the Associated Press, openly carrying a gun will require obtaining the same license concealed weapons holders have – to be at least 21 years old, have clean criminal and psychology records, complete a training course and pass a shooting test.

Some restaurants and convenient stores however, are a bit uneasy about this change. They don’t feel that it is necessary to openly carry a gun in the grocery store or a family restaurant, and are choosing to “stick to their guns” on the issue.

3 grocery store chains including Whole Foods, Safeway, and H-E-B will continue to allow concealed weapons in their stores, but will not tolerate open carry.

With so many differing opinions on this topic, we want to know your thoughts. What do you think about the open carry law coming to effect in the new year? Should every state be open carry?

Watch and listen what 5th district DeSoto County Supervisor, Harvey Lee has to say about the matter in the clip below.