By Jennifer Pernicano on December 29, 2015
Advertisement 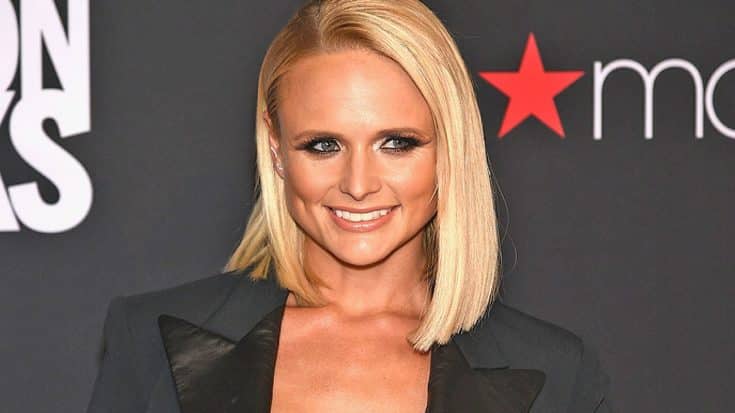 Although Miranda Lambert went through a lot this year in her personal life, she still has lots to celebrate.

Lambert is ending the year on a high note by being named the eighth top-earning woman in music by Forbes. She is the only country music singer on the list which includes Beyoncé, Katy Perry and Taylor Swift.

According to Forbes, Lambert raked in $28.5 million thanks to her successful tour, album, and “partnerships with Red55 Wine, Pink Pistol and Dixie Darlin, as well as her own line of clothing and pet accessories.“

Lambert understands, especially this year, how hard it is to be in the public eye all the time. She realizes how difficult it is to not only be in the business she’s in, but to be a woman in the business. Even though she is extremely successful at what she does, she admits that it’s not always easy.

“It’s definitely more pressure on women,” she said in an interview with Spin magazine. “We put so much pressure on ourselves to look a certain way, to look like other women, she says. Its hard. Some days you do feel beautiful, and then someone will knock you down with a mean comment. It’s exhausting. Weight issues, fake lashes and tanning, and all the stuff that goes into just going out into public sometimes. I wish I could just not do it for a day and see what happens.”

Congratulations, Miranda, on making such an elite list! You deserve it!

Check out which other musically-talented women made the list.