By Miranda Raye on December 29, 2015
Advertisement 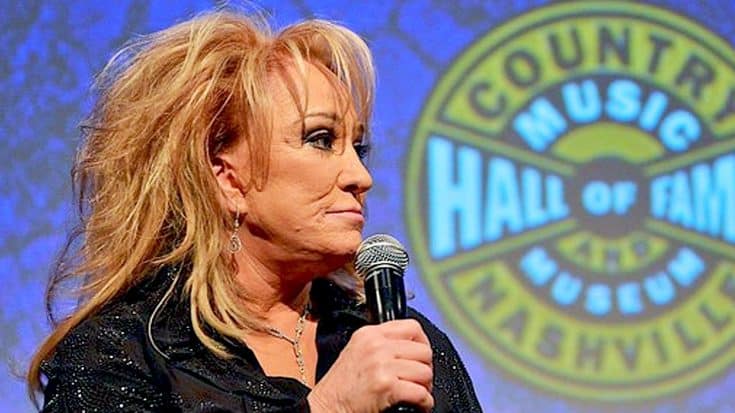 With countless hit songs to her name and a successful career spanning over four decades, it seems as though Tanya Tucker has it all. But as the “Delta Dawn” singer reveals in an interview with the Telluride Daily Planet, that is not the case.

Tucker says in 2008, following the death of both of her parents, she experienced what she calls “cut-you-off-at-the-knees” depression.

Tucker took a break from touring four years ago, and with the help of her family, she has been able to start healing. But the process has been a slow one, and she says that even after all this time, she still isn’t feeling like her old self.

“I’ve been to a million doctors; I’m still not back to normal,” she says. “There’s nothing I’d love better than to go and tear this town apart, like I normally do.”

Despite her struggles, Tucker continues to push through, and plans on releasing a new album sometime next year. Tucker is optimistic about the album, saying that it could be her greatest one yet:

After everything she’s been through, Tucker knows that she can always rely on her music, which she finds great happiness in.

“People love music and music is a way of life,” she says. “Without music, I don’t know what we’d do… I feel like I’m in a great business.”

Over the course of her career, Tucker has certainly created some incredible music. You can watch her perform one of her biggest hits, “Strong Enough To Bend” in the video below.

We wish much happiness and the best of luck to Tucker as she prepares to release her new album!