By Miranda Raye on December 31, 2015
Advertisement 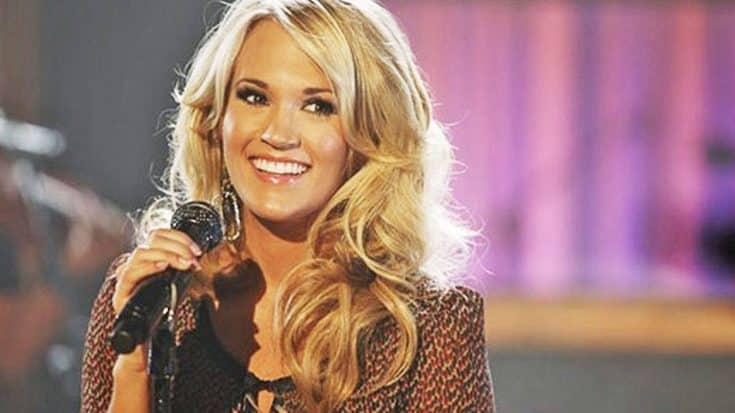 When a fan asked Carrie on Twitter if Isaiah enjoyed his Christmas, Carrie responded, saying that he received far too many gifts. Carrie and her husband, Mike Fisher, spent the holiday surrounded by their family and friends, who had lots of gifts for their baby boy.

Yes! He got way too many toys from family and friends, but got to see his cousins and grandparents in OK and Canada! https://t.co/PTseG8ENPN

Carrie enjoyed some downtime over Christmas weekend, spending some quality time at home with the two main men in her life. She shared a photo on Instagram showing how they spent their Sunday after Christmas, with Mike and Isaiah relaxing in the living room while Isaiah watched cartoons.

How we spent our Sunday…my man and my lil' monkey! He was watching cartoons…the kiddo, that is…not the hubby!

Now that Christmas is over, Carrie is preparing to celebrate New Year’s Eve. The “Heartbeat” singer will actually be performing during Dick Clark’s New Year’s Rockin’ Eve with Ryan Seacrest 2016. Then at the end of January, Carrie will kick off her Storyteller tour which will continue until the end of May.

Carrie is sure to sing many of her hit songs on tour, including her newest single, “Heartbeat”. You can enjoy listening to it in the video below.