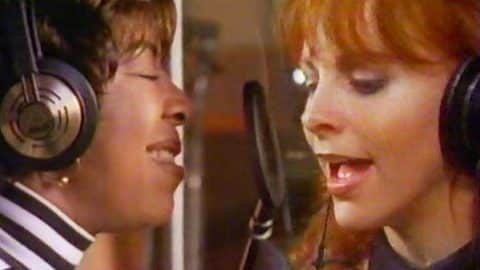 In 1991, Cole’s released and album titled “Unforgettable … With Love” that featured some of her father’s most popular songs. The album sold more than 14 million copies and won six Grammys. Cole sang the title song, “Unforgettable,” with a taped version sung by her father who died of lung cancer in 1965.

Country stars are reacting to the news of Natalie Cole’s death on Twitter. Josh Turner recalled sharing the stage with Cole in Washington D.C. years ago. TWITTER EMBED CODE:

Sorry to hear of Natalie Cole’s passing. I’m honored to have shared the stage w/ her in DC several years ago. She was an incredible singer.

In 1994, Natalie Cole was joined by country mega star Reba McEntire for a cover of Buddy Johnson and Ella Johnson’s song “Since I Fell For You.” The video below shows behind-the-scenes footage of Cole and McEntire recording the song as well as commentary from both women regarding the collaboration.

Cole wasn’t married at the time of her death, but is survived by her son, Robert Adam “Robbie” Yancy.