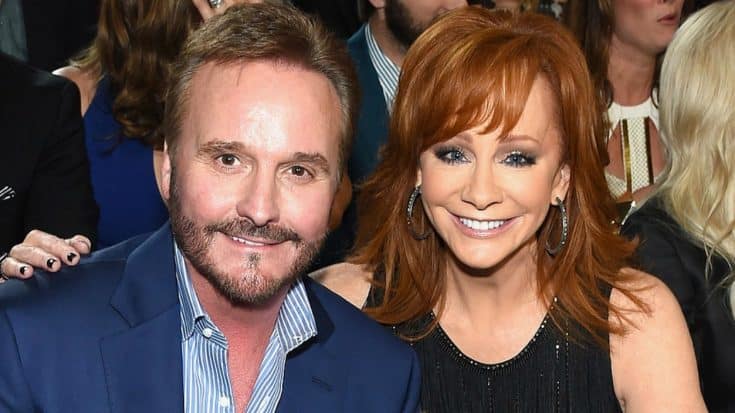 The summer of 2015 will go down as the summer of country music divorces. From Blake Shelton & Miranda Lambert to Reba McEntire & Narvel Blackstock, Music City was rocked with several high-profile splits. But, after the heartache comes the healing and that is just what seems to be happening as we kick off 2016. Blake Shelton has found love with Gwen Stefani. Miranda Lambert recently confirmed that she’s in a new relationship with Nashville musician Anderson East. And, now ex-husband of one of country music’s most successful women has reportedly found love again.

Reba McEntire’s manager and ex-husband, Narvel Blackstock has reportedly moved on after the end of their 26-year marriage. According to the New York Post, Blackstock is in a serious relationship with Nashville real estate agent and good friend of the couple, Laura Putty Stroud.

McEntire and Blackstock’s divorce was finalized at the end of October, just a few months after the couple issued a statement announcing their split.

“Despite this being the end of their marriage, they continue to support each other,” the statement from Big Machine Label Group read. “They have worked together for 35 years and will continue to do so. They have asked that you respect their privacy during this time.”

Reba has spoken very little about the divorce, but did tell Nash Country Weekly that she was looking forward to what’s next

“People always ask me, ‘What are you going to do next?’ Well, I dunno; God hasn’t told me yet,” Reba continues. “God is my manager, my tour manager, my scheduler, everything, and He’ll come up with the greatest things.”

Just last month, Reba thanked her fans for their support and briefly addressed her current relationship with her ex-husband.

An always positive McEntire hasn’t let the news of her ex-husband’s new relationship get her her. The star spent the holidays in Cancun, Mexico, with her and Narvel’s son, Shelby, and some family friends. According to a close friend of Reba’s, “Every time I have seen Reba since the split, she has been in great spirits and focused as ever on her work. Reba’s a pro. She’s not going to air her personal life in public.”

2016 is sure to be a big year for Reba McEntire as she is set to kick off round two of her Las Vegas residency with Brooks & Dunn in the spring.