Willie & Korie Robertson Happily Announce They Are Adopting Another Child 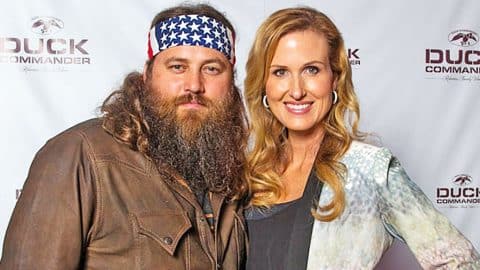 Gary P Jackson via A Time For Choosing

After hinting in the past about plans to expand their family, Willie and Korie Robertson announced on Sunday that they are adopting another child.

Willie and Korie are already parents to five, with biological children John Luke, Sadie, and Bella, adopted son Will, and their foster daughter, Rebecca. During the Angels in Adoption Event this fall, Korie hinted toward her family’s plans to welcome another addition sometime soon:

“We are always open to adoption. We feel like adoption has blessed our family in so many ways. And we are so thankful for our kids both biological and adopted. So ‘never say never.’ That’s for sure.”

As it turns out, Korie’s hint was right on, because as she revealed in a post to her Instagram, her and Willie started the adoption process for their sixth child in May.

Korie shared an adorable family photo of her children and John Luke’s wife Mary Kate along with their new sibling. The child, a 13-year-old boy, stands front and center with a huge smile on his face.

Although Korie doesn’t reveal the boy’s name, she says that he has been with the family since May, and that they already think he’s “amazing.”

We've had lots of questions about the cute kid popping up in our photos lately ? We are excited to be in the process of adopting a new son! He's been with us since May, but we wanted some privacy and time for him and our family to bond before telling the world (It's a bit of an adjustment coming into this big, crazy family, ha?) He's amazing, and we are all so thrilled to have another kid around the house. Couldn't keep the good news to ourselves any longer! We appreciate your prayers and support for our family! Love, The Robertson's

In an interview with ET, Korie shared how their new son played a big role in an important family event, John Luke and Mary Kate’s wedding.

“We got him in May, at the end of the school year,” Korie says. “He was at John Luke’s wedding and walked my grandmother down the aisle.”

You can watch ET’s full report on the new member of the Robertson family in the video below.

Congratulations to Willie and Korie on the adoption of their new son!