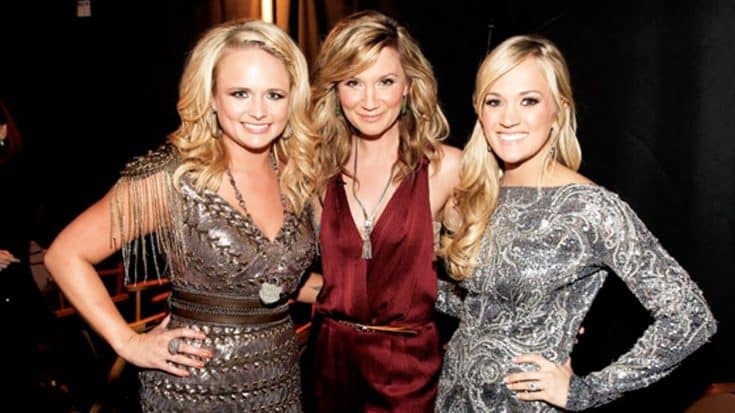 Following some controversial words that sparked an uproar, experts say that the ‘pendulum has swung’ in favor of women.

“If you want to make ratings in country music, take females out.” The phrase repeated in bold headlines across the country in May of last year sparking huge amounts of pro-female talks among the music industry. Keith Hill had certainly ruffled feathers, but a new examination of chart trends aims to prove the radio consultant wrong.

Over the last three years, the trends show that women on country radio are definitely the minority. The 60 “most-heard” songs of the year featured only three songs from women during 2014, and six in the year prior. Although that small insight might lead you to believe that women are on a downward spiral, trends often change.

The CEO and president of Warner Music Nashville, John Esposito, recalls a time in country music similar to ours and predicts things will be turned on their head.

“I do know there was a time in the ‘90s when guys were wondering how they were going to get in because the charts were dominated by women. We’re just as likely to find that in the next couple of years, the pendulum has swung (towards women) as we’re going to find out that there’s more traditionalism on the radio because of Chris Stapleton or William Michael Morgan.”

To compound on the lack of airplay for women, a longtime radio professional, Tim Roberts, says that bands with female singers also stole slots from women and combined with less-than-compelling material from country’s women, men have dominated the charts; especially with the strong male talent that has come through in recent years.

“I don’t think it was a conscious effort by anyone (to keep women out),” Roberts said. “I think it was cyclical … but people took steps in Nashville to correct that by signing better new female artists and I think radio responded to that.”

Although women may not have had as many spots as men on the charts, they made some pretty incredible advancements in country music. In July, Kelsea Ballerini rose to the No. 1 spot with her debut single, “Love Me Like You Mean It” – which is the first time in nine years that a female artist has accomplished that. “Burning House” by Cam also broke records by selling over 1 million copies last year; one of the few country songs to do so.

While many are saying that women need a stronger role in country music, the truth remains: 2015 was a great year for the women of country and 2016 is set to be even bigger.

Check out the video below for a performance from ACM’s “Girls Night Out” in honor of the superstar women of country music!