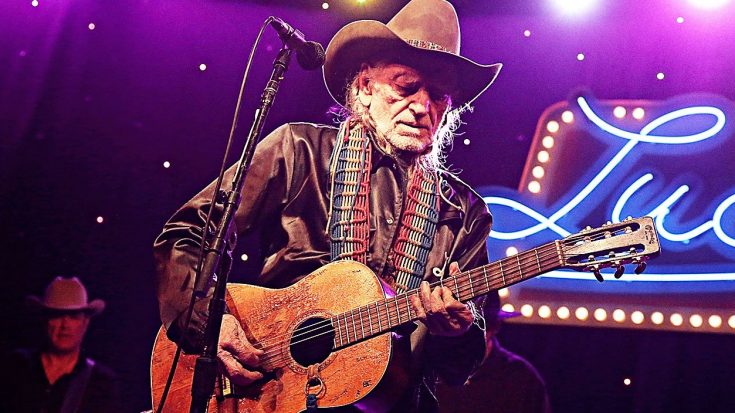 Just days after falling terribly ill and being forced to cancel all of his February concerts, this country music legend is on the mend again!

84-year-old Willie Nelson has struggled with some minor health issues over the last few months and most recently had to reschedule all of his concerts for the month. That happened just shortly after he cut a concert in San Diego short due to illness.

His rep told Fox News that the singer “requires a few extra weeks to recover completely from the flu,” adding that he is “up and about and looks as healthy as ever but his doctor has determined that his voice needs more time to recuperate.”

Now, he looks better than ever in a new photo shared by his son Lukas Nelson.

Taking to Twitter, Lukas captioned a fun snapshot of Willie doing some hardcore kickboxing, saying “My dad is a badass…resting in Maui and feeling much better, according to him…thanks to everyone who’s been asking how he is!”

It seems the singer has returned to his Hawaiian home to recuperate and rest up his voice before getting back out on the road again. He has long held a very rigorous touring and recording schedule for the last few years and most recently released Willie Nelson and the Boys: Willie’s Stash Vol. 2 that features both his sons.

See the fun new photo below and watch a video of Willie, Lukas, and Micah Nelson all playing “Blue Eyes Crying In The Rain.”

My dad is a badass … resting in Maui and feeling much better, according to him .. thanks to everyone who’s been asking how he is! pic.twitter.com/wsLEJFFxkZ