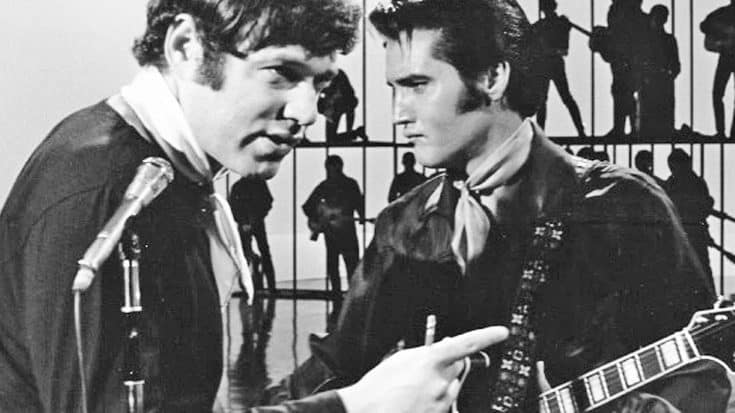 When Elvis Presley first broke onto the music scene he experienced immense success. But during the mid-1960’s, “The King of Rock ‘N Roll” fell out of popularity while bands like The Beatles took center stage.

Elvis was not pleased with the direction his career was going at the time. Between January 1967 to May 1968 he released eight singles, but none of them were number one hits.

That’s when TV producer Steve Binder stepped in to save the day. In a recent interview with contactmusic.com, Steve recalls his brutally honest first meeting with Elvis:

“The first thing out of Elvis’s mouth when I met him was, ‘What do you think of my career’? And laughingly but honestly I said, ‘I think it is in the toilet’. He laughed and said, ‘You’re the first person that is actually telling me the truth’, and that is why we hit it off as artists and friends.”

After that first meeting, Steve got to work as the person in charge of what is now known as Elvis’ ’68 Comeback Special. During the televised special, which aired on December 3, 1968, Elvis sang during a series of staged studio productions and live performances, his first in seven years.

Much to Elvis’ and Steve’s delight, the special was a major success, and was NBC‘s highest rated show that season. Just a month later Elvis’ single “If I Can Dream” soared to the 12th spot on the charts, and the special’s soundtrack broke into the Top 10.

Needless to say, the special helped revamp Elvis’ career, and he went on to record many more hit songs before his death in 1977.

In a CD booklet by Harvey Kubernick called The Complete ’68 Comeback Special, Steve remembers Elvis’ reaction after watching the comeback special for the first time.

“I played Elvis the 60-minute show, and he told me in the screening room, ‘Steve, it’s the greatest thing I’ve ever done in my life.'”

Steve says he found great joy in being able to help Elvis find himself again.

“For me the real excitement of doing the special was watching a man who had literally lost confidence in himself and seeing him rediscover himself,” says Steve.

You can watch Elvis perform his single “One Night” during his ’68 Comeback Special in the video below.

Elvis was lucky to have a friend like Steve who encouraged him and helped him back on the road to success!