Another ‘Duck Dynasty’ Star Is Engaged! 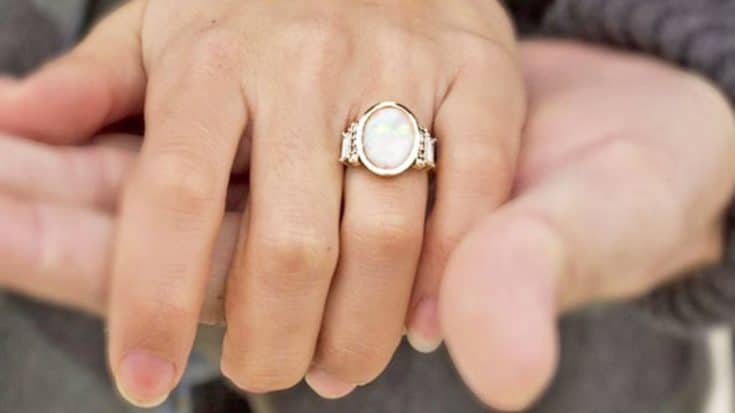 The Duck Dynasty family is continuing to grow!

Not only did Willie and Korie just announce that they are adopting a son, but their daughter, Rebecca, just announced she is engaged to her boyfriend of over a year! She took to social media to announce the exciting news, with the caption, “Our story starts here….I said yes to my best friend for life.“

Our story starts here……I said yes to my best friend for life ?

“I was determined to find the best shell that day,” she told Us Weekly. “We had been walking, searching for about an hour, and I saw this beautiful swirly shell hidden in the sand, and the ring was also hiding in there, and he got on his one knee as I pulled the ring out, and he said, ‘I want to spend the rest of my life with you. Will you spend the rest of your life with me?'”

She immediately said “Yes!” and put on the extremely unique and gorgeous engagement ring.  Her friends and family all knew about the proposal, but she had no clue!

After long time of patiently searching, I found the ultimate gem // Jeremiah 29:11

Rebecca joined the Robertson family in 2004, when she was 16, as a foreign exchange student-turned foster child. She currently runs the retail store Duck & Dressing in Monroe, Louisiana.

MY SISTER IS GETTING MARRIED TO HER BEST FRIEND!!!! I'm so happy for you Rebecca. John Reed… good luck joining our crazy family. So excited for y'all to began y'alls journey of life together. 1.1.16

Her mom, Korie, wrote on Instgram, “@rebeccalorobertson is engaged!! 2016 is shaping up to be a fun one! Excited for @johnreedloflin to join the fam! Love y’all!“

Rebecca’s engagement comes just one week after her cousin, Reed, popped the question to his girlfriend of four years, Brighton. He took his future bride to a beautiful bridge in New York City’s Central Park during a family vacation.

Congratulations to the happy couples!