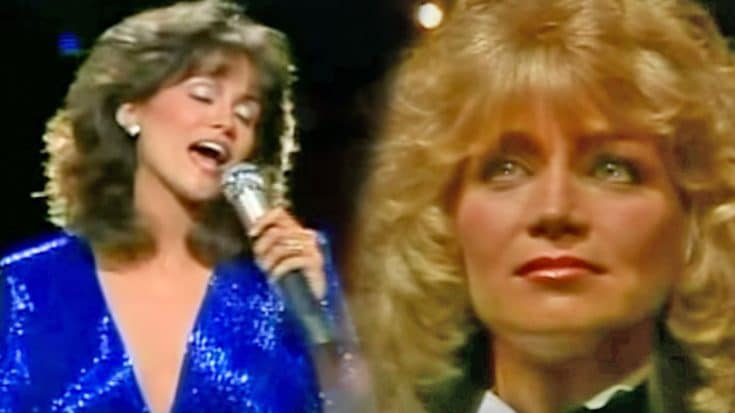 Barbara Mandrell proved she was extremely talented at the young age of eleven.

She caught the attention of Chet Atkins and Joe Maphis at a music trade convention in Chicago. Soon after, she became a featured performer at Maphis’ Las Vegas show.

Barbara went on to tour with Patsy Cline, George Jones, and Johnny Cash, all before the age of 14. A few years later, Barbara was joined by her parents and two sisters, Louise and Irlene, to start the Mandrell Family Band.

After touring the US and Asia with the Mandrell Family Band, Barbara went solo and quickly became an extremely successful country singer. She won the CMA Award for Entertainer of the Year, twice! She was the only female to do so until Taylor Swift equaled her in 2011.

No one is more proud of Barbara’s accomplishments than her family, and more specifically, her younger sister, Louise. Louise took the stage at a 1982 awards show to show the world exactly what she thinks of her sister.

“This song is for the lady that had more faith in me than I had for myself. This is for you, Barbara,” Louise tells the audience.

She begins singing an altered version of the Kenny Rogers hit, “She Believes In Me“, but changes the lyrics to make them about Barbara, even including the line, “The greatest entertainer of our time.”

The performance was absolutely incredible. Louise really showed everyone why Barbara believed in her. She is an amazing singer.

Louise’s sweet words moved Barbara to tears by the end of the song.