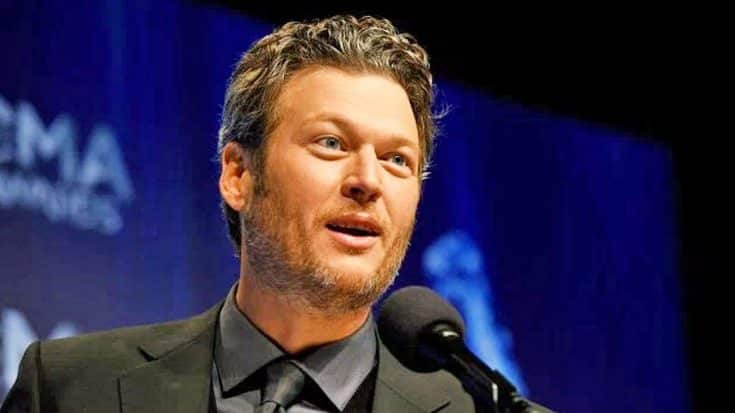 With an album set for release in May, many of Blake Shelton‘s fans have been wondering if the “Gonna” singer will address his divorce with Miranda Lambert in some of the tracks.

Well, as Shelton recently revealed in an interview with Country Countdown USA, he plans to do just that.

“I’ve written more than I’ve written in 15 years, for obvious reasons, [because of] all the awful things that have happened in my personal life,” he says.

Shelton goes on to elaborate, saying he felt like he had to capture all of emotions from the past year in song:

“I’m doing what I’m supposed to do, and that’s put all I’ve gone through and put it into music, and I never felt more connected to a record before. When people hear this record, they may not know what happened to me, but they’re gonna know how I felt about it. And that’s exciting for me, to just lay it out there for people.”

Since Shelton plans to wear his heart on his sleeve when it comes to his upcoming record, he’s going to address the happy moments along with the sad ones.

Although the year certainly had its sad times, Shelton says “the way the year ended is also the greatest of my life.” He doesn’t name the reason why that was the case, but it’s pretty clear he’s referring to his new girlfriend, and fellow Voice coach, Gwen Stefani.

“Sometimes you don’t know who’s in your life that can save you,” he says “I found some people in my life that have changed my life forever.”

Shelton says that he plans to have a single ready for release this month, and he’s looking forward to working on the album so it can be ready for the May release.

You can listen to Shelton’s full interview at this link, and while you wait for him to release his new music, enjoy watching him perform his latest single, “Gonna” in the video below.