Kacey Musgraves Has Heated Words For Thief Who Robbed Her 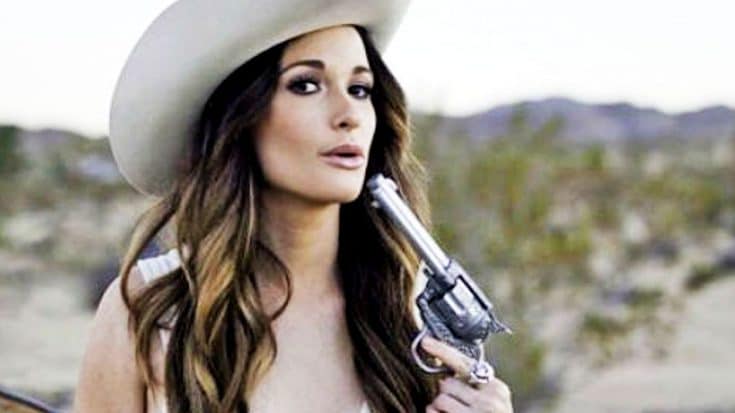 The 27-year-old twangy songstress shot off multiple tweets last night when she discovered that her car had been broken into outside of a local live music venue.

Kacey Musgraves had been out in Nashville, when she returned to her car only to discover that thieves had robbed her vehicle. While still taking stock of what was missing and damaged, Musgraves lamented that they had made off with some very valuable merchandise.

In several posts over the night to Twitter, the Grammy-nominated singer lets it out, calling out the thieves in her tweets.

Guess the assbag who broke into my car tonight is gonna look pretty good in the @Lucchese1883 & @charlottes_web boots they stole. ?

The robbery took place in downtown Nashville in the 800 block of 3rd Avenue South.  Not only did they take her new boots, they bashed in the window of her car! She continued on, saying that she didn’t know what else these boot bandits had taken.

Happened across from @3rdandLindsley a bit after 9:30 pm. Broke my window. Stole my new shoes! Still calculating what all else they took.

Reminiscent of her skillful lyrics about life lessons, the singer shot out a jab at the robbers calling out their unscrupulous behavior.

Someone had expensive taste and cheap standards.

Do y’all think that would make for a good song? Well, apparently this might be the next hit song from this talented country star! In her final tweet of the night, she revealed that she thought the stolen boot situation warranted a new song.

…next up: a song about stolen boots. Not sure if there’s anything more country.

She’s right! That’s a great start for a country song and we can’t wait to see what happens with it. After all, Musgraves has been on a career fast-track since she debuted in 2012 with “Merry Go ‘Round”. Rolling Stone even named “Follow Your Arrow” as #39 on their list of 100 Greatest Country Songs of All Time.

Musgraves latest album, Pageant Material, features her as co-writer on all 13 tracks and earned the superstar a nomination, that might turn into a win at the 2016 Grammy Awards.

We are sorry to hear that this super talented singer has been victimized by thieves and we hope they are brought to justice soon!

Watch Musgraves perform her latest single, “Dime Store Cowgirl”, in the video below.