By Jennifer Pernicano on January 5, 2016
Advertisement 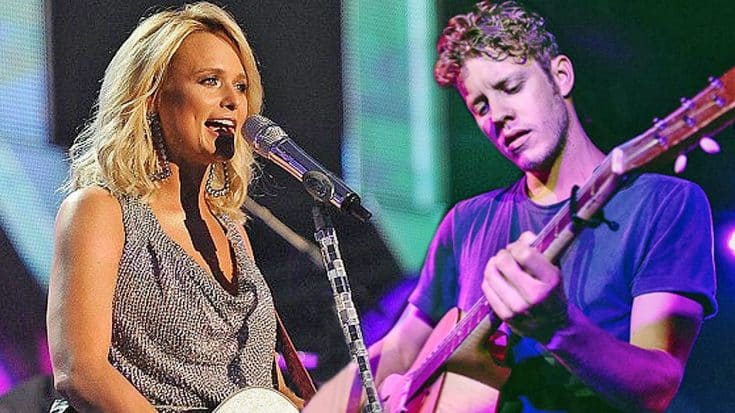 Country music’s newest couple are on the same album together!

The album, Southern Family, is a concept album produced by Dave Cobb, the same mastermind behind Chris Stapleton’s album, Traveller. Southern Family pays tribute to, you guessed it, Southern families and will feature songs from Miranda Lambert and her new boyfriend, rhythm and blues singer Anderson East.

Lambert contributes to the album with the song “Sweet By and By” and East’s original song, “Learning“, is also featured.

Cobb told Rolling Stone he was reluctant to make a concept album after a friend suggested it, but after really thinking about it, Southern Family was born.

“Everybody has a great story, about their parents, their grandparents, brother, sister,” he says. “Everybody has an intimate story and it was something that everybody could relate to. I wanted to have really talented artists custom write and do songs that mean a lot to them, and also just make the song that maybe they wouldn’t put on their record: the deep song, or the song that doesn’t fit in the queue or wouldn’t be a single. I wanted them to do the most honest song they could possibly do.”

While the Stapletons’ version of “You Are My Sunshine” is one of the tracks, it is a treasured song by many, so Cobb said it felt right to include their unique cover on the album.

According to Cobb, each musician wrote, “personal songs about their family growing up in the south.“

The album will be available on March 18 and we can’t wait!

Take a look at Lambert’s latest live performance below.