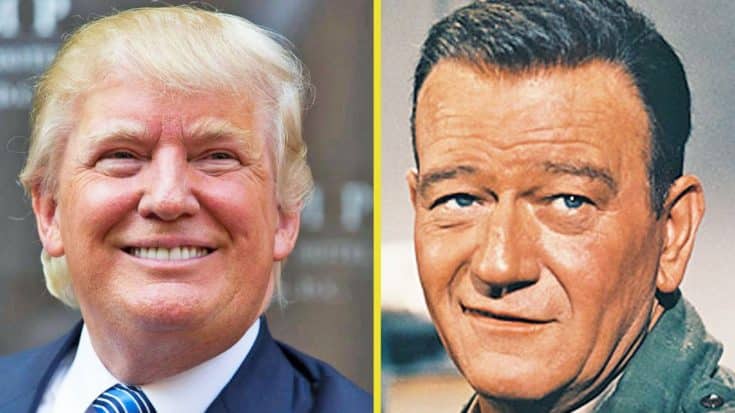 As the frontrunner in the Republican party’s campaign for president, Donald Trump has many famous people singing his praises.

Now, Trump also has the support of Aissa Wayne, the daughter of legendary actor John Wayne.

While Aissa’s father was alive, he was known as Hollywood’s most famous Republican, and showed strong support for both Richard Nixon and Ronald Reagan. With all of that in mind, it’s no surprise that Aissa supports Trump’s candidacy.

Trump shared a letter from Aissa to his Facebook page, calling it “A lovely letter from the daughter of the late great John Wayne.” He then goes on to add, “Our country could use a John Wayne right now.”

In the letter, Aissa expresses her gratefulness for Trump and all he’s done:

“I want to thank Mr. Trump for the tireless work he is doing for this country…Mr. Trump has finally given the people of America a voice for which I am so grateful.”

Aissa also says she thinks that if her father was still alive, he would be a Trump supporter as well.

“My dad, I am sure, would be very proud of Mr. Trump and the goal to Make America Great again!” she says.

Aissa closes off her letter by telling Trump that she will do anything she can to help him, saying “I am humbly at your service.”

A lovely letter from the daughter of the late great John Wayne. Our country could use a John Wayne right now.

Having the support of Aissa is a big deal for Trump, especially in the state of Iowa, where John Wayne was born. Trump has recently fallen behind in the polls in that state, but now Aissa’s letter may help his improve his standing there.

What are your thoughts on what Aissa had to say in her letter?