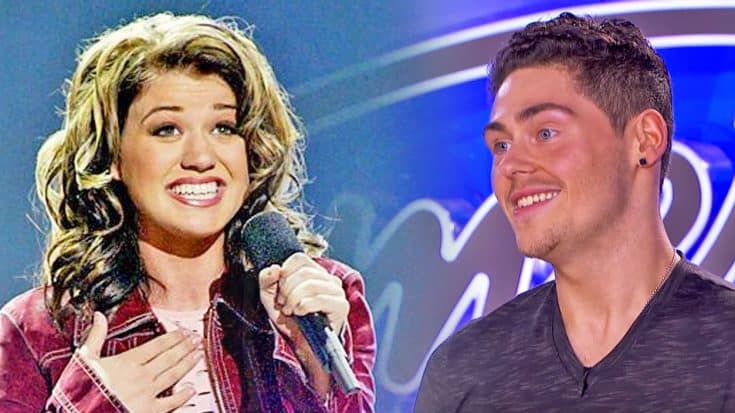 With the final season of American Idol upon us, there are past seasons to reminisce on but also teasers for the show’s final run. This season is going to be American Idol’s last, and one of the best.

Many have been crowned the winner of American Idol, but not all have had the same success as Kelly Clarkson. The season one winner has since gone on to produce hit after hit, and with two Grammy awards under her belt we must say – success looks good on Clarkson.

No surprise that the same success and effortless talent hasn’t gone unnoticed by fans. Of fan in particular has a love for Clarkson that goes above and beyond. On a final season teaser, American Idol shares a sneak peak at “Mr. Clarkson”.

The man in the video below claims he is her biggest fan! We have to take his word for it, considering her has “Mr. Clarkson” printed on all of his tee-shirts. We don’t get to see his talent yet, but we’ll have to stay tuned to find out.

Watch the hilarious audition teaser below.