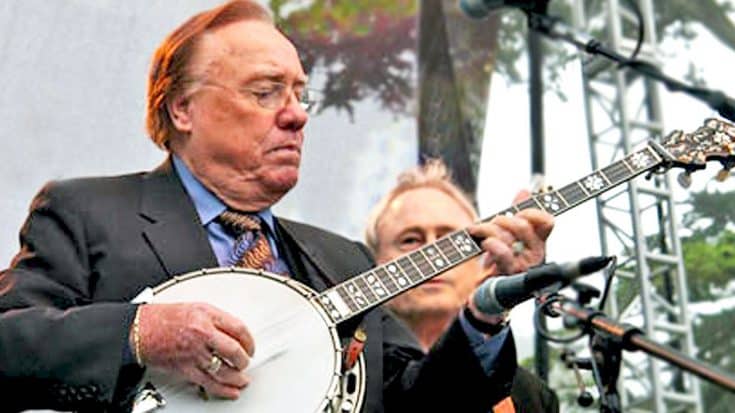 There’s no arguing how revolutionary Earl Scruggs was as a musician. After all, he is responsible for popularizing the three-finger banjo picking style, which has since been named after him.

Although many other banjo players had played in the three-finger style before Scruggs, he was the one that made it popular. Today, the style is considered to be a characteristic part of bluegrass music.

Throughout his career, Scruggs was a part of many different bands, forming the band Scruggs & Flatt with former Blue Grass Boys guitarist Lester Flatt.

In 1962, Scruggs & Flatt took part in recording “The Ballad of Jed Clampett,” which became the theme song for the popular show Beverly Hillbillies. The song was a major hit and helped to expose Scruggs to a larger audience.

Besides “The Ballad of Jed Clampett,” Scrugg’s signature song was the instrumental tune “Foggy Mountain Breakdown.” The song was another success for Scruggs, who went on to win the Grammy Award for Best Country Performance, Duo or Group-Vocal or Instrumental in 1969 along with Flatt.

In the years since, many banjo players have gone on to perform their own versions of the tune, but none can compare to Scruggs’.

Scruggs continued to play the song throughout his life, stealing the stage during a televised performance in 2006. You can tell in the performance how much joy Scruggs found in his music, since he couldn’t seem to stop smiling as he played.

Even after his passing in 2012, Scrugg’s music continues to bring joy to those who listen to it today.

You can watch his 2006 performance of the song in the video below, along with a clip of Flatt & Scruggs performing it at The Grand Ole Opry in 1965.

Though Scruggs may be gone, his musical legacy continues to live on through his songs and the bluegrass genre as a whole.