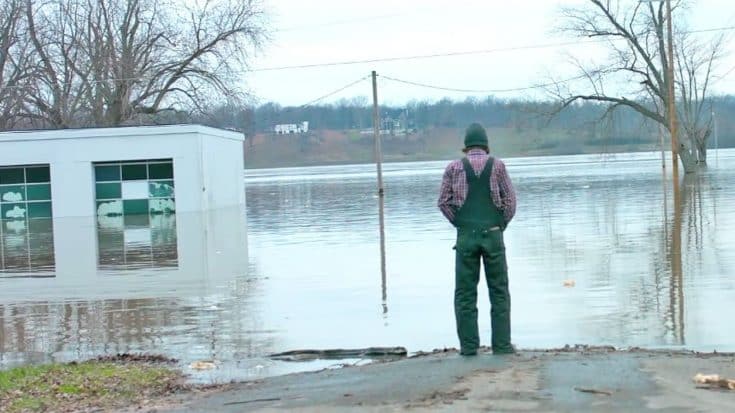 In recent weeks we have seen some of the worst flooding ever experienced in America’s Heartland.

The Mississippi, Meramac and Missouri rivers, along with many others, have caused areas of Illinois and Missouri damages beyond measure. The extreme flooding has been linked to at least 24 deaths, and has left families bracing for the worst.

As major interstates were shut down, a country band by the name of Evan Webb and the Rural Route Ramblers released a song that speaks to those victims. They created the video below to portray the devastation that some areas have seen, and the devastation is shocking.

“Dry Up or Drown” hits home for the communities affected by these recent tragedies. Even after the rain subsides, the water drys up, and the debris is cleared, there is still as scar left on the community. Things will never be the same for those living on the banks of the Mississippi, but they will prevail.

The powerful images from the video were shot in a Alexander County, IL where much of the destruction can be seen. With houses, stores, barns, and more are still surrounded by water, families have been forced to leave their community for dryer land.

Watch “Dry Up or Drown” below. We are praying for those in Alexander County and other effected areas who are returning home to assess the damages.