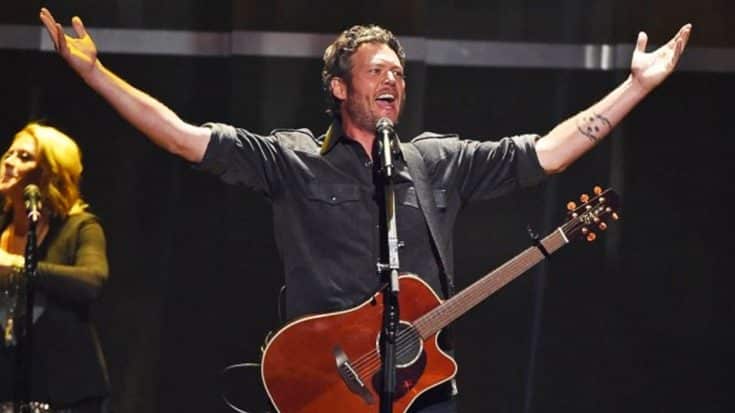 Just six days into the New Year and country superstar Blake Shelton seems to already have marked a hefty resolution off of his list for this year!

Since his divorce from fellow country star Miranda Lambert was announced in July, he has been under heavy fire from media outlets and speculations about a relationship between he and Gwen Stefani sparked just shortly after the ninth season of The Voice began airing. The couple confirmed their relationship in November 2015 and have been spotted together looking nothing more than elated and happy.

Since the media has been all over Shelton’s life the last few months, he has loved to poke fun at the silliest headlines and articles with various tweets about it. Recently, he mentioned how these tabloids and media outlets helped him complete a resolution!

My news years resolution for 2016 was to be on the cover of every shitty ass tabloid known to man…. Whew!!! That was easy!!!!!

And even the new lady in his life had a fun time with it, posting a reply to her beau saying how funny he is.

@blakeshelton your so funny and #cute ???? #jinx #newyearsresolution gx

It looks like this country chart-topper can mark this one off and move on to his next resolution for 2016!

Maybe next on his list is having Gwen added as a permanent coach on NBC’s The Voice?