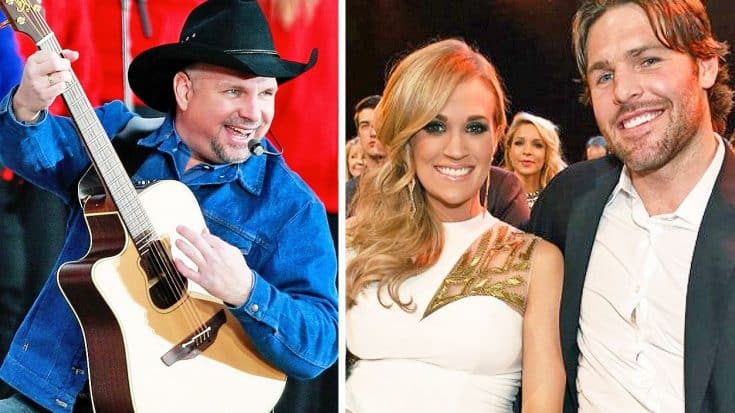 Carrie Underwood is a Garth Brooks fan through and through and apparently, so is her husband, Mike Fisher!

On Monday (Dec. 4), Underwood shared a video of Fisher on Instagram singing the beloved Garth Brooks tune, “The River“.

The video already has over 110,000 likes and has made its way to the man himself, Garth Brooks. Brooks reposted the video, and even asked Fisher to join him onstage to sing the song!

“Mike!! Bro, that is AWESOME!” he wrote. “I HAVE to call you out after that… Nashville is the last city on the American leg of the World Tour…You and me, onstage, The River. You in? love you pal, g.”

From Brooks’ Instagram post, we can take away two extremely important things. First, he is asking Fisher to duet to “The River” and he revealed his last tour stop in the U.S. will be in Nashville!

Although Brooks didn’t reveal the dates, fans are already commenting like crazy on the post asking when it will be and when tickets will be on sale!

Are you ready for a Brooks/Fisher duet? We sure are!