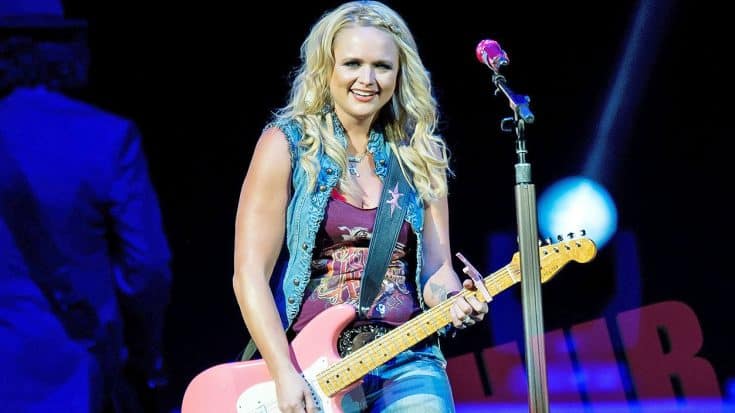 Miranda Lambert never ceases to amaze us. What a year she’s having and it’s only a few days in!

After ringing in the new year, Lambert confirmed her relationship with rhythm and blues singer, Anderson East, with an adorable photo of them snuggling on the couch, wrapped in a blanket.

The show, which will take place on January 20th at City Winery at 8pm, will benefit the Miranda Lambert Women Creators Scholarship at Belmont University.

It was announced in July that Lambert established a scholarship for women pursuing degrees at Belmont University’s Mike Curb College of Entertainment and Business.

The scholarship provides over $40,000 in funds to female students majoring in music, business, songwriting, or entertainment industry studies during the 2016-2017 academic school year.

According to an article in The Tennessean, Lambert released a statement from the university.

“I am so excited to establish this scholarship fund at Belmont University’s Mike Curb College of Entertainment and Music Business,” Miranda said. “To encourage and empower women to achieve their goals is why I am supporting outstanding women who want to pursue their dreams in the music industry.”

Tickets to the show were available today starting at 12noon central time, and sold out in just a few minutes.

Ashley Monroe, Shane McNally and Nicolle Galyon will join her for the Nashville performance.