VIDEO EVIDENCE: Sadie Robertson Is Crazy For The Holy Spirit 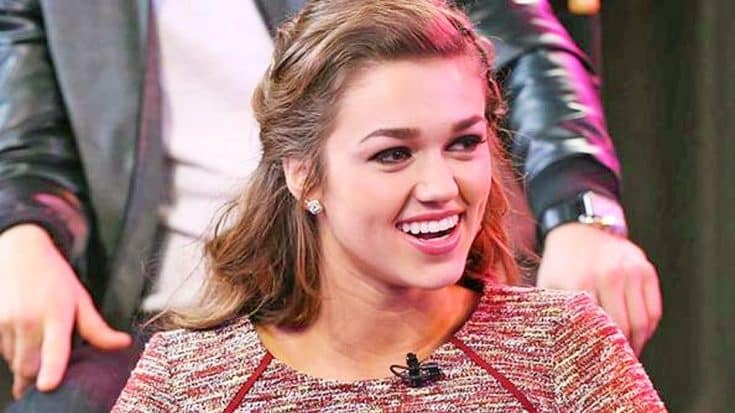 There’s nothing that Sadie Robertson is more passionate about than her faith, and she’s happy to share that passion with her fans.

Over the weekend (Jan. 2-4), Sadie attended the Christian conference called Passion 2016. Passion Conferences started operating a national conference in 1997 and since then has started hosting conferences in cities across the country.

The conferences are specifically geared toward college students, but are intended for young adults between the ages of 18-25. During the conference, the attendees have the chance to listen to Christian music and sing about their faith.

While Southern rapper Trip Lee was performing his song “One Sixteen,” Sadie got really into the music. Sharing a video on her Instagram, Sadie writes “PASSION 2016 HAS US TURNT ON THE HOLY SPIRIT.” She was clearly having a blast during the performance, showing off her best Dancing With The Stars moves with a big smile on her face.

Sadie wasn’t the only Robertson at the conference, her brother John Luke and cousin Reed were also there. On her Instagram, Sadie shared a photo of their entire group together.

Virgil our girl you made this experience even better!! you rock & are hands down my go to girl to call in time of trouble from now on ? just watch out for escalators in the future ? we so appreciated you this weekend! lots of love from the robertson crew ❤️ 1.3.16

We’re glad that Sadie had such a fun time at the conference!