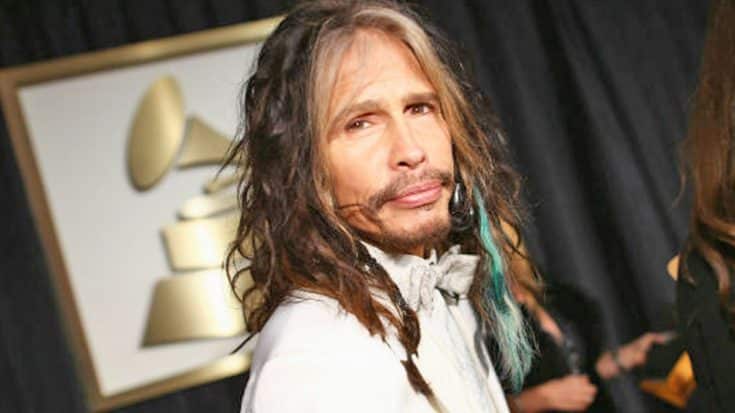 You may have thought Steven Tyler was done with country, but you thought wrong!

He is back with a brand new country single, and it is patriotic to boot. “Red, White, & You” will be released to country radio on January 25th, and it is the first single to be released off of Tyler’s upcoming solo country album.

His debut country track, “Love Is Your Name” was a hit across genres. Many were surprised to see rock band, Aerosmith’s front man interested in country music, but for Tyler the transition made perfect sense.

When Rolling Stone asked Tyler what drew him to country music, his answer was simple: Music City. He said, “I was here [Nashville] two years ago to present at a few awards shows, and I just fell in love with the place.”

Tyler is expected to appear on American Idol’s final season, and is nominated for Favorite American Icon at the People’s Choice Awards. Maybe we’ll see the debut of “Red, White, & You” on national television!

In case you forgot about Tyler’s first country song, you can watch the music video for “Love Is Your Name” below!