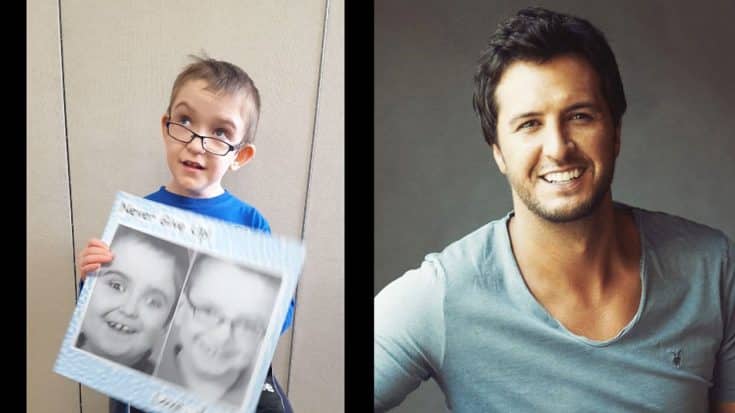 An Iowa third-grader hopes that his video will be seen by Luke Bryan and that he might get a chance to meet his favorite singer.

Joseph, a student at Roosevelt Elementary School in Mason City, Iowa made a video with his teacher’s help, telling his story and and talking about his favorite country star.

During the video Joseph holds up various cards that detail the incredible hardships both he and his family have faced over the last few years.

He suffers from cerebral palsy – a permanent disorder that severely affects his motor skills. Joseph has seizures as a result of the disorder and is afflicted with hydrocephalus which is an abnormal accumulation of fluid in the brain and requires a shunt to drain. He also had to be fed through a tube for years.

The video explains the tragedy that has shaken his family, explaining that he had to be placed on dialysis for the majority of his life and in 2013, his family lost nearly everything due to a flood.

“In 2013, my mom and I lost our home and car in a flood. Despite all this, I’m a happy kid and recently, things have been turning around for me.”

Joseph states that he and his treating physician loved to listen to Luke Bryan while he was going through the dialysis. Fortunately, the youngster received a kidney transplant in March 2015 and no longer requires dialysis.

When Joseph and his family found out that Luke Bryan is playing a show very close to his home, he had a special request for the superstar.

“I wanted Luke to come to my school and dress up as Tweets, our school mascot. My teachers decided to make me this video in hopes it would reach Luke Bryan.”

Watch the video below to learn more about this kid’s harrowing journey & share this post to help his dream come true!