By Jennifer Pernicano on January 7, 2016
Advertisement 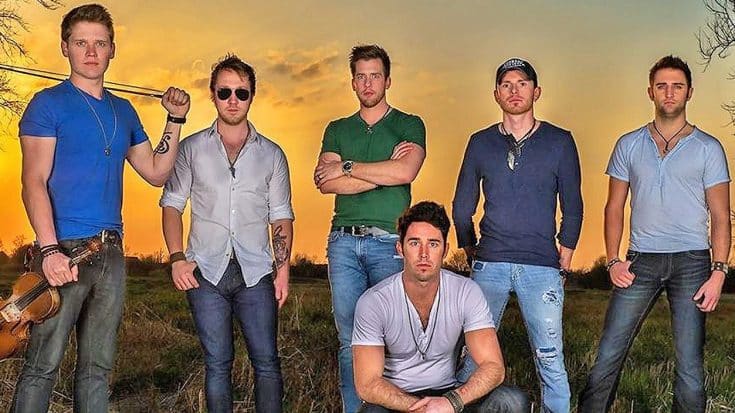 The last two weeks for Backroad Anthem have been quite emotional.

On December 27, lead singer Craig Strickland was reported missing after embarking on a duck hunting trip with his friend, Chase Morland, and his dog, Sam. Extreme weather conditions caused their boat to capsize.

Morland’s body was found on the 28th, with Sam right next to him, alive. On December 31, search crews found footprints, dog prints, and boat marks that narrowed the search area.

On January 4, Strickland’s body was recovered. He had been able to crawl onto land after his boat capsized and according to the band’s Facebook post, was “lying in the shape of a cross on his back looking up to his Heavenly Father.”

After sharing Strickland’s last music video to prove just how much he loved what he did, Backroad Anthem had to make a difficult decision about the future of the band.

Their first show after Strickland’s passing will be on January 16 at George’s Majestic Lounge in Fayetteville, Arkansas. The band wrote on their Facebook page yesterday (Jan. 6) that “due to overwhelming support and sold out show on Jan 16th, we have scheduled another show on Jan 17th in honor of Craig Strickland at George’s Majestic Lounge. Love y’all.“

Due to the overwhelming support and sold out show on Jan 16th, we have scheduled another show on Jan 17th in honor of…

“We could never replace Craig, but we know he would want us to continue,” the band stated on Facebook.

Our prayers continue to go out to Strickland’s wife, Helen, their family, and Backroad Anthem.

If you would like to help, a GoFundMe account has been set up to help Strickland’s family cover expenses associated with the search and his burial.

Last year we shot a music video for our song, Torn. We wanted to finally release the video and share with everyone so you could have a chance to see Craig doing what he loved. We are so proud of how it turned out, and we know Craig was too