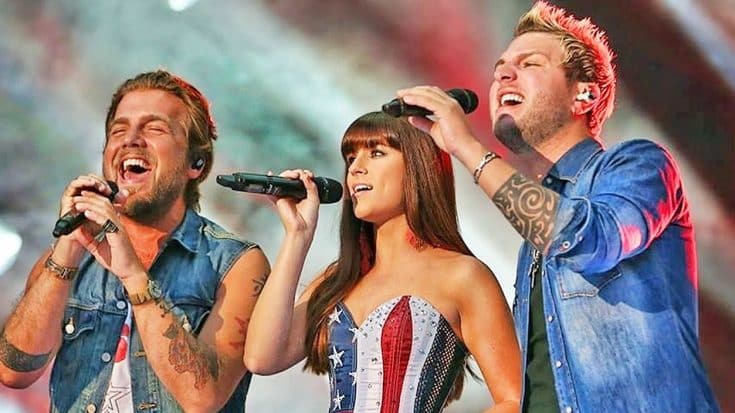 One of Gloriana’s vocalists, Rachel Reinert made a shocking announcement on Thursday (Jan. 7). After eight years of performing with the group, she has made the decision to quit.

Besides Reinert, Gloriana is composed of brothers Tom and Mike Gossin. A fourth member, Cheyenne Kimball left the band in 2011.

Since their formation, Gloriana has experienced great chart success, with all of their singles making their way into the Top 50. Their highest-charting single, “(Kissed) You Goodnight,” peaked at the second spot on the charts, and was certified Platinum by the RIAA.

Reinert made her announcement that she is leaving the group through a letter that she shared to her Instagram. As she explains, it was a tough decision to leave Gloriana, but she felt like it was the right one.

“This was not an easy decision, nor one that I took lightly, but I felt that it was time for me to move on and follow my heart,” she writes. “I sincerely wish Tom and Mike Gossin all the best.”

But Reinert doesn’t plan to quit country music completely. In fact, she’s hoping to break out on her own and start a career as a solo artist.

“I will be taking the first part of this year to write and record my album and cannot wait to get the music out as soon as I possibly can,” she writes.

Even though Reinert is leaving Gloriana, she will always be grateful for the time she spent performing with the group.

“It has been such an incredible ride and I have so many beautiful memories that I will cherish for a lifetime,” she writes in her letter.

We’re sure it was hard for Reinert to leave the band, but we wish her nothing but the best in her new venture as a solo artist.

You can watch the official musical video for Gloriana’s hit song, “(Kissed) You Goodnight” below.