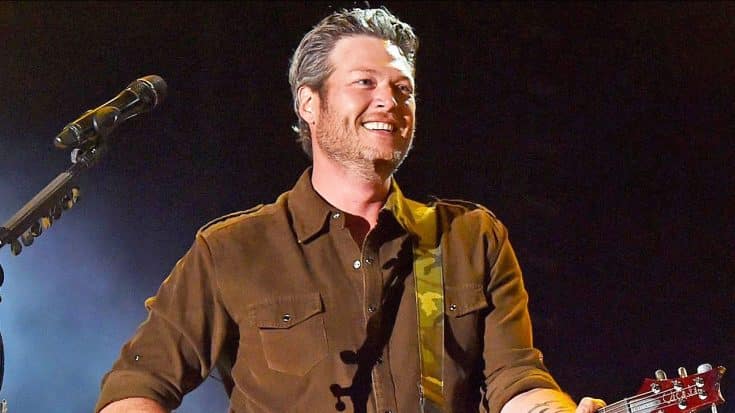 Blake Shelton‘s New Year is off to a pretty good start.

On Wednesday night movie stars, singers, and television stars gathered together for the People’s Choice Awards. The general public votes on each category, and the nominee with the most votes, the “people’s choice,” wins the award.

As it turns out, the people chose Shelton as their favorite male country artist of the year!

In addition to his own, personal victory, Shelton had something else to celebrate. The Voice took home the award for Favorite Competition TV Show for the third year in a row.

Shelton couldn’t contain his excitement over the award wins, taking to Twitter to thank his fans for all of their support.

One of Shelton’s biggest fans, his girlfriend and fellow Voice coach Gwen Stefani, also celebrated along with Shelton, tweeting back at him with the hashtag #everybodylovesblake.

We’re honestly not surprised that Shelton and The Voice won at the Peoples Choice Awards. The Voice had some incredible talent on it this year and Shelton tore up the charts with his singles, including “Sangria,” which you can listen to below.

Congratulations to Shelton and The Voice on their big wins!