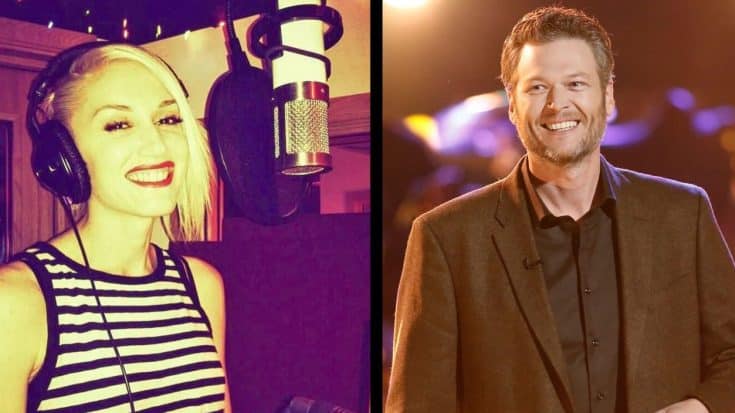 After months of speculation and very obscure comments from the couple, Gwen admits to some cowboy-inspired music.

The blushing beau to Gwen Stefani had previously said that he didn’t know “musically what Gwen and [he] would probably ever have in common”, but according to her that might be changing.

Throughout several posts to Twitter, the No Doubt front-woman reveals that she’s working on new songs with well-known songwriters Justin Tranter, Greg Kurstin, and Julia Michaels.

Beyond tagging the talent she’s sitting down with, she also tags Blake Shelton in the post and labels it with a hashtag “#WritingSongsAboutACowboy” hinting that she is working on more than one new song about her favorite country fella.

Blake didn’t stay quiet about it and only fueled the fire, saying “Guaranteed greatness” in reply to Gwen’s very revealing post.

With all the swirling rumors before, and now these revealing tweets, what kind of music is she working on? More pop music, or is she trying to crossover?

What do y’all think of the tweets?