When Carrie Underwood Was Asked Who She’d Vote For, Her Answer Was Priceless 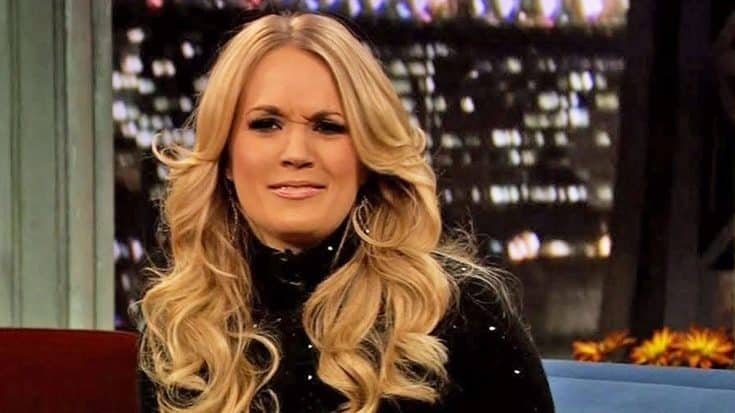 With the presidential election occurring this year, many celebrities are speaking out to show their support for their favorite candidate. But don’t expect to hear such statements from country superstar Carrie Underwood any time soon.

The “Heartbeat” singer says that she refuses to publicly talk about politics, and for a good reason.

When Underwood was interviewed by TV Guide, the interviewer asked if she had shown support for a particular candidate during that year’s presidential race.

“I [didn’t] support publicly,” she said. “I lose all respect for celebrities when they back a candidate.”

Underwood went on to elaborate, saying that she doesn’t want to influence her fans to vote for a certain candidate just because she likes him or her:

“It’s saying that the American public isn’t smart enough to make their own decisions. I think everybody needs to go check out what the candidates are all about and make an informed decision on their own. I would never want anybody to vote for anything or anybody just because I told them to. Music is where you go to get away from all the BS. Whether it’s from politics or just the world around you, music should be an escape.”

Later when Underwood was asked during a red carpet interview about her opinion of President Obama, she refused to get into a political discussion.

“So now you’re getting into the politicky kind of stuff?” she said. “I’m here for the service aspect and to honor great people and the service that they’ve done, and I kind of stay out of the rest of it.“

The interviewer changed the subject, and Underwood went on to proudly talk about some of the incredible community service projects she’s taken part in over the years. You can watch the full interview below.

Do you agree with what Underwood had to say?